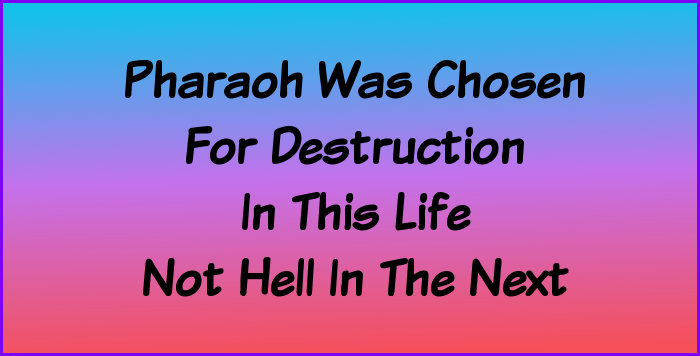 God was omnipotent before creation, He became sovereign afterward.

As Omnipotent, God possesses all power. As Sovereign He shares it.

“Sovereignty,” of course, implies relationship and is often defined in terms of control, i.e., how much control the Sovereign – in this case God – exerts over His subjects. Obviously, God as Sovereign has absolute authority – He is still all powerful – but He has chosen not to exercise that authority absolutely. Control is a part of the picture but only a part.

Omnipotence is power without limits, shape or application. God has always had “all power” but before creation it was only an unexpressed attribute. It couldn’t be measured, categorized or used by others. Before creation there was no one else to use it.

Designing and assembling the created order changed all that. Power management – sovereignty – became an issue after creation and it involves more than one person. In fact, it involves every person.

There are many power processes neglected, abused or well managed only by humans:

God created vegetation and maintains the laws of agriculture but delegates garden maintenance, along with many other responsibilities, to humans.

Following creation, He sovereignly maintains the natural processes that are foundational to the balance and beauty of the created realm. But His sovereignty isn’t equivalent to absolute control. We have responsibilities to fulfill and decisions to make and there are natural consequences for failing.

We either manage these power processes reliably and benefit or neglect them and lose but God’s sovereignty doesn’t imply divine interference or intrusion every time we make a mess or fail to perform. We’re still suffering the consequences of Adam and Eve’s poor choices in the garden.

Also, Sovereignty does not override human-will. On the contrary, it allows for it. Since God is the one who established human-will, we have no reason to believe He is exercising absolute control over our choices. These concepts don’t compete.

This applies as much to spiritual laws as it does to any other. God sovereignly made salvation possible and we, through choice, accept or reject it. Sovereignty allows for human choice. The effect of the two is catalyzing not neutralizing. The one doesn’t automatically cancel the other out.

But this explanation of sovereignty is not commonly accepted and the topic is by nature controversial, even when those debating the issue are not.

There are some – Calvinists – who mistakenly believe that God chooses who will and will not get saved. He made these choices in eternity past, they say, and there is no human response that can change it. In fact, they don’t think repentance is possible unless God sovereignly allows it.

The negative but logical inference is quite ugly. If God didn’t choose a person to go to heaven then He obviously chose to send them to hell. Grim thought and Calvinists respond with all kinds of defensive – or dismissive – arguments but I won’t waste time sharing or discussing them here. It’s all just a lot of smoke screening – academic camouflaging.

One chapter in the Bible which is often invoked to suggest that God’s sovereignty completely overrides man’s will, especially with regard to salvation, is Romans chapter nine. The problem is, Romans 9 has nothing to do with personal, individual salvation. In fact, chapters 9 through 11 are focused on the choices God made in the process of developing the plan of salvation, which involved the nation of salvation, Israel.

These chapters are not discussing the salvation of any particular person and the technical structure of the book is proof.

But an important question is being raised and answered in the these three chapters, which is: “What is happening with the nation of Israel?”

What part did Israel play in the past and what part do they play in the present scheme of things? Has God set them aside temporarily or has He refused them forever?

These questions were important to Jewish Christians. It was obvious God had transitioned to a Gentile base of operation and they were insecure about this. In these chapters, Paul explained that God’s calling on Israel through Abraham was irrevocable even though the plan had been unexpectedly changed for a period (Romans 11:29). He emphatically asked and answered the very question that bothered them:

Has God rejected His people? Absolutely not! (Romans 11:1)

The truth is, God “elected” Israel, the nation, to serve certain eternal purposes and those purposes would be realized even if some individual Israelites spiritually balked thus pointing to the fact that these chapters were focused on “national” issues not personal ones. Jewish Christians were asking about the salvation of the nation of Israel not other Jewish individuals.

To reassure them, and to emphasize this point, Paul highlighted the strategic decisions God made in the development of Israel and how it led to a salvation made possible for all.

One very subtle point is often missed, therefore, when discussing these chapters. Service is the context not Salvation. The individuals named in this passage were being chosen by God to SERVE specific purposes in this life not get saved for the next. And this context trumps any discussion of individual salvation. The proofs are many:

These chapters are discussing Israel as an institution not the salvation of any person and even though a few individuals are named, they only represent markers who influenced the development of the nation.

Paul gives us a very brief history of this nation’s development in which he focuses on three major events – involving sovereign choices by God – which in turn led to the spiritual and influential expansion of the nation.

These choices involved people and we often assume that a selection implies the absolute acceptance of one person and the absolute rejection of another. Not so. David was chosen to be King over Israel but he wasn’t the only choice nor was he always kingly. David was chosen for reasons about which we can only speculate. His relationship to God was strong and he was humble but I doubt he was the only one to qualify in that way. But his calling wasn’t about his salvation and it certainly was accompanied by any exclusion clauses regarding any other potential candidates.

That brings us to the first couple of events mentioned in Romans 9 both of which involved a strategic choice between two sets of sons: Isaac or Ishmael and Jacob or Esau.

Ishmael and Isaac were half brothers, same father different mothers. The “different mothers” part is another story. For now Paul is focusing on one question: why did Isaac inherit the promise and Ishmael not? Neither descendant did anything to deserve it.

Obviously, the promises outlived Abraham by many centuries and were developed through many generations.

The promises were made to one generation and passed down through many. The big question at every mile stone was, who is the next recipient?

Sometimes the choices were made for obvious reasons, but only by God, and sometimes human will and character were factors.

The reason God chose Isaac instead of Ishmael is a no-brainer. It wasn’t due to any credit or fault either way. Isaac was the child of choice because he was the child of promise. He was the living reminder that God keeps His promises.

Choosing Isaac did not reflect negatively on Ishmael or positively on Isaac. It was the natural outgrowth of God’s plan, the obvious choice. God didn’t reject Ishmael for this calling any more than He rejected every other person. If Sara had given birth to a second boy after Isaac, he would have been rejected also. Obviously, that didn’t happen but logically the point stands.

The choice in this matter involved the line of succession not the salvation of any person. It was aimed at service not salvation and answers the question, “Who would have the honor of serving God’s purpose in this matter?”

There is nothing suggesting that:

God made a sovereign choice between Ishmael and Isaac about the line of succession and it really wasn’t difficult to see why. Reading any implications about personal salvation into the text not only distorts the meaning but implies all sorts of abusive ideas about who can or can’t get saved.

Neither Ishmael being born of a polygamous relationship nor Isaac being the promised son has any bearing on the salvation of either. To suggest it, is almost criminal.

We’ll talk about Jacob and Esau in a different post.

* I don’t doubt Pharaoh died in unbelief but that wasn’t the point in Romans 9. Pharaoh had hardened himself to eternal issues long before his meeting with Moses. In the Exodus, he was hardened to the good sense of “letting God’s people go.”