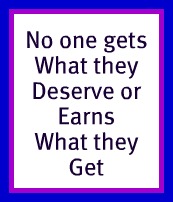 In chapter 7 of Love Wins

The characters and themes are:

Those are the obvious details. Rob makes the following observation.

There is only one story being told but each character in the story sees it differently. Rob calls these different perspectives, not sub plots, but different interpretations on the main plot. Each person puts a different emotional and spiritual spin on what was happening and it clearly reveals what’s in the hearts.

In the main story, the younger son demands, receives and wastes his inheritance on riotous living. Prostitutes, drunkenness and such. But once all the money is gone, in desperation he returns home hoping to find security by working as one of his father’s humble servants, who according to the record were better off than he.

He didn’t expect to return to his former position as a son, he considered himself no longer worthy, but he had no reason to believe he couldn’t be hired as a servant.

While the younger brother was crashing and burning, the older brother was at home never flinching from his duty, always maintaining his superiority.

When the younger son arrived home – actually even before that, when he appeared as a small blip on the horizon – the father did what no one expected.

This all happened with the prodigal confessing his sinfulness and blubbering about his unworthiness. He was surprised but accepted gladly his father’s response. After this, however, he has nothing more to say in the story.

As Rob says, there are several stories being told here, the sons’ and the father’s. The sons tell their story and the father corrects each.

Enter the older brother and one of the three stories.

Coming in from the field, the older brother hears the noise of celebration, discovers what is happening and is incensed. He refuses to join the party and complains to the father that in spite of his exemplary life – always slaving, always obeying – he had never been given even a goat so he could celebrate with his friends. Instead of celebrate, he seethed.

Rob says these different perspectives are personal heavens and hells and their juxtaposition in the story illustrates just how closely heaven and hell can exist, as Rob puts it, “bumping up against each other,” p. 170.

The older son, who thought he deserved heaven, saw it but missed it and hated the fact that someone he thought didn’t deserve it, got it. For him that felt like hell.

Slaves are people who work against their will, doing things they don’t want to do and without fair remuneration or opportunities to get ahead. This brother felt forced to work (sounds like a lot of people today). His motivation was wrong. He didn’t understand that everything the father had was his by inheritance. It couldn’t be earned or deserved.

Sounds like the self righteous trying to earn salvation.

He was working very hard but had repressed expectations. His complaint to the father was, “you never gave me even a goat so I could celebrate with my friends,” (v. 29). It was all his anyway but he got exactly what he expected, nothing.

Waiting on the father to give it while never really expecting it indicated just how twisted his perspective was. Life was a drudgery.

Again, sounds like people today, working to be recognized rather than for the enjoyment of the work they do.

And Rob says, right on. The father was being gracious to the younger son not fair. Grace by it’s very nature isn’t fair and wouldn’t be grace if it was. No one deserves what they get or gets what they deserve.

One brother got what he didn’t expect or deserve and the party was like heaven. The other brother felt like he deserved the party more, but didn’t really expect it, so Rob says, for him, the party was hellish.

And from this Rob makes two observations:

An Observation About Hell

Our refusal to trust God’s retelling of our story. p. 170

And people refuse God’s retelling for one of two primary reasons:

The younger son sees his sinfulness but considers it unforgivable. The older son can’t or refuses to see how wrong he is.

So, the question is, why don’t people see and accept God’s story? And the answer is simple. That kind of “coming to one’s senses” involves a change of mind so radical it is nothing short of chemical readjustment. It changes more than just “what” we think. It also changes the “way” we think.

A person must become very disenchanted with the old story before they are open to the new one.

The younger son had repented. The older son had not.

Begins with the sure and certain truth that we are loved. That in spite of whatever has gone horribly wrong deep in our hearts and has spread to every corner of the world, in spite of our sins, failures, rebellion, and hard hearts, in spite of what’s been done to us or what we’ve done, God has made peace with us. Done. Complete. As Jesus said, ‘It is finished.’ p. 172

And that brings us to the second important observation.

An Observation About God’s Nature

Rob asks a very searching question about the nature of God.

Can God love us immeasurably and be open to us completely but at the moment of death, in that split second, become our eternal tormenter because we haven’t said or done some particular thing to show we accept him? (p174)

Let’s be clear. Rob is not discussing the “way” or “when” or “how” of salvation. He is focused on the nature of God, the one who created us, loves us and longs to save us.

Is it possible that the God who says of Himself, “I change not” ( ) can be…

Loving one moment, vicious the next. Kind and compassionate, only to become cruel and relentless in the blink of an eye. Does God become totally different the moment you die? p174

And Rob finishes by saying…

That kind of God is simply devastating. Psychologically crushing. We can’t bear it. No one can. p. 174

So, like the older brother, many of us miss God’s retelling of our story because we entertain “a distorted view of God.” (p. 175)

And that brings us to four distinctions Rob makes:

A Distinction About Choices

God makes the offers, we make the choices.

There will be no people in heaven – in this life or the next – who don’t want to be there.

God extends an invitation to us, and we are free to do with it as we please. p. 177

We do ourselves great harm when we confuse the very essence of God, which is love, with the very real consequences of rejecting and resisting that love, which creates what we call hell. p. 177

A Distinction Between “Entrance” and “Enjoyment”

Most discussions about heaven are focused on getting in. A kind of ticket mentality. Get a ticket now so you can get in the door when you get there.

But very little is said about engaging heaven now, in this life, and the enjoyment that comes with it. Rob humorously says…

This is why Christians who talk the most about going to heaven while everybody else goes to hell don’t throw very good parties.

Sadly that is very true. Instead of freely participating in a joyous, liberating and creative partnership with God, those with a “ticket” approach are stifled, isolated and not very happy. In fact, they come across as begrudging the happiness of others. As Rob says, “An entrance understanding of the gospel rarely creates good art. Or innovation. Or a number of other things.” (p. 179).

And that brings us to the third distinction.

“Gospel” means “good news.” Everyone knows that. We repeat that definition with our words but our actions send another message.

The “entrance gospel” is hard to sell because it is hard to buy so we stop trying.

This reluctance to share the gospel isn’t natural. The usual first response is to immediately tell others. We’re effusive about it. Can’t be held back. But once we’ve been indoctrinated with the popular stories all that changes. The initial “Good” of the gospel seems tarnished and used. People aren’t buying that because they already have their own version.

When you realize that God has retold your story, you are free to passionately, urgently, compellingly tell the story because you’ve stepped into a whole new life and you’re moved and inspired to share it. When your God is love, and you have experienced this love in flesh and blood, here and now, then you are free from guilt and fear and the terrifying, haunting, ominous voice that whispers over your shoulder, “You’re not doing enough.” The voice that insists God is, in the end, a slave driver. pp. 181-182

That isn’t a message we are compelled to share. Rob finishes with, “Have nothing to do with that God.” (p. 182)

Is this what Jesus meant when He accused the Pharisees of turning converts into children of hell (Matt. 23:15)?

And then a fourth distinction.

Theologically, God and Jesus are represented as relating to sinners in two very different ways. God is represented as holy and, therefore, has no choice but to punish sinners. Jesus, on the other hand, is represented as the one who lovingly absorbed that punishment for us, in our place.

In principle those ideas are correct but the way they are presented, Rob says, can “…subtly teach people that Jesus rescues us from God.” (p. 182). It paints God as a sinner hating ogre and Jesus as a sinner loving Saviour. Not exactly what the Bible teaches but it does represent the way God has been shaped in the minds of many people.

It is no wonder, then, that “inquisitions, persecutions, trials, book-burnings, blacklisting,” crusades and executions have marred Christian history. All of that is in the past but Rob says, “We see this destructive shaping alive and well in the toxic, venomous nature of certain discussions and debates on the internet.” p. 183.

For some, the highest form of allegiance to their God is to attack, defame, and slander others who don’t articulate matters of faith as they do. p. 183

Rob closes out the chapter by observing two truths about the brothers and a final word about forgiveness.

The Brothers’ Self Images

These brother’s not only had a distorted image of the father but they each had distorted self-images.

The older brother thought he was good and therefore qualified to be a son. He was wrong on both counts. He wasn’t really good, in the absolute sense, and therefore didn’t qualify.

The second observation is that both brothers were separated from the father. They both got it wrong.

And Rob gives a quote about forgiveness which to my knowledge most Bible believing people would endorse:

Forgiveness is unilateral. God sin’t waiting for us to get it together, to clean up, shape up, get up – God has already done it. p. 189

Everybody is already at the party. p. 190

The good news, when you see it properly, really is better than that.

See the review of Chapter 8 here.