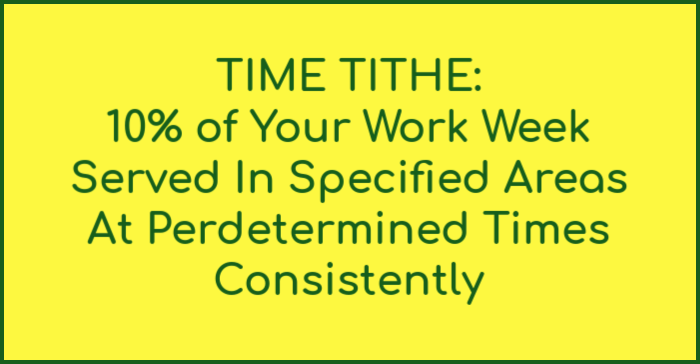 A person’s time can qualify as their tithe but under what conditions? Can anyone do this? Would all time-served qualify?

Just off the top of my head, I came up with a few thoughts on the matter. You be the judge but keep this in mind. For time to qualify as a tithe, it must add value to the organization.

Churches are not aimless. God commissioned them to do many good things in this world and, large or small, they need some kind of structure to get the job done. Tithe money is the resource for funding the effort so if time and service are to qualify as a tithe then following are some possible ideas for gauging the effectiveness of a person’s time.

It doesn’t have to be overly rigid but a few guidelines to keep in mind are: 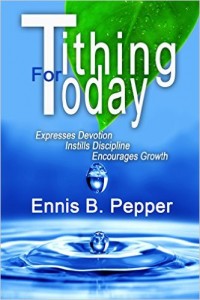 Sounds like an employment contract and it should. Giving your time as a tithe instead of money should work very much like a job. Employees work at a designated time and perform specified functions for which they are paid, usually by the hour.

Not showing up on time or performing poorly can be more hurtful than helpful, just like a job.

The time you serve in church shouldn’t be treated any less significantly than any other employment. It is important. It needs to add value. 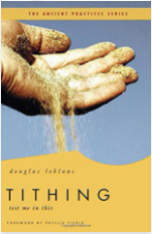 , Douglas Leblanc provides much more than a narrow discussion on a traditional issue. He doesn’t repeat the same worn out arguments the same boringly technical way.

Instead, and probably because he admits to being “no theologian or exegetical writer,” Douglas has found an intriguing way to cut to the real heart of the issue. He shares the experiences of eleven different couples and one lone Monsignor, all of whom practice tithing for a very similar reason: selflessness.