It may not stay this way forever but for the present the most powerful political office in the world is that of the president of the United States of America. That means that US presidential elections mark a very important phase in the political cycle. Every four years the whole world is effected by this one election.

The President, or POTUS as he is referred to by the secret service, makes decisions in the oval office that have a ripple effect around the world and the rub is, only a fraction of the world’s population have a say in who sits behind the desk. It’s even more aggravating that only a fraction of those who can vote actually mark a ballot. It doesn’t seem fair that one person for whom most of the world cannot vote, makes decisions that effect every economy.

Frustrating! Not only for the non-voting but also for US citizens who feel a sense of separation from POTUS and his decision making process. When it comes to politics the commonly shared feeling is a sense of helplessness.

Modern political machinery is so super sized it overshadows constituents. It makes us feel victimized and insignificant, even smaller than ants. Politicians appear like giants, distant and disinterested.

Because of that, some people never do anything political other than grumble about the “bad” government too which we are unwillingly and unavoidably subjected. Some people never even vote because they can’t see how one measly vote can make a difference.

Well, I would like to counter that type of thinking by suggesting that any person with enough passion and thoughtfulness can influence public policy. We have choices that can make a difference and following are several examples of individuals who’ve proven that one person can influence change.

None of these examples held political office. None of them were born into celebrity. Most of them were born disadvantaged. Some were never formally educated. All of them were females and all of them made a difference. We can learn something about politics from their example. They prove that politicians are sensitive to both sound arguments and persistent effort even by the so called insignificant.

Before we start, understand that what these ladies believed personally isn’t the issue. Accepting their political and religious ideas or adopting their lifestyles without thought argues against, not for individual influence. They didn’t even agree with each other but they shared a thinker’s approach to political issues and we should learn from their example. 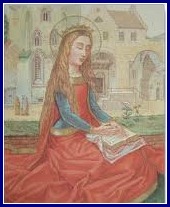 Catherine was born 23rd of 25 children. Although she was never formally educated, through persistence and hard work she became a scholastic philosopher and theologian, which means she was a thinker.

She decided to become a nun (against the wishes of her parents) at the age of 7 but she determined to live outside the nunnery to avoid being hemmed in. It was the liberty this choice provided that enabled her to think and act individually.

Along with her scholastic pursuits, Catherine dedicated her life to helping the ill and the poor and, most importantly, through her letter writing she became somewhat of a diplomat.

She wrote letters to people in authority, especially begging for peace between the republics and principalities of Italy. In fact, the decision to move the Papal offices from France back to Rome was partly due to the long correspondence she carried on with Pope Gregory XI. The Pope was inspired by the wisdom he found in the letters she wrote.

We learn an important lesson from Catherine. No one is immune to a well formed arguments. Sensible ideas are hard to deny and easy to adopt. Emotional ideas are neither.

Three hundred of Catherine’s letters have survived and are considered one of the great works of early Tuscan literature. Pope Pius II canonized Catherine in 1461 and she is now one of three female Doctors of the Church. Many schools are named in her memory all because she made the effort to formulate her arguments clearly and communicate them to people of high office.

Catherine is credited with poignant sayings such as:

I wouldn’t say that we should agree with everything Catherine believed or did but we can at least respect her insistence on making a difference in spite of being what most people would consider a “nobody.”

A second person who influenced political change in spite of disfavoring odds is: 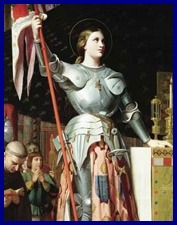 She was deeply religious and devoted to her country, France, from a very early age. She only lived 19 years but her short life is writ large in human history.

At the age of 17, after the English had taken control of several French cities, she managed to gain a hearing before the King of France, Charles the VII.

Her plan was to persuade the King to give her control of the French armies.

Let me spell that out more clearly. She was asking the King of France to give a person who was completely inexperienced and untrained in military exercises, even illiterate, the charge of his armies to save all of France.

But, her passion and thoughtful arguments, in spite of being illiterate, were so convincing he did what she asked and turned the French armies over to her command. We all know the end of the story. She experienced one victory after another and endeared herself to the military forces of France.

She was a peasant, she was illiterate and she had no official training in the art of war but she was also neither stupid nor thoughtless.

Using her heart and her head she became the single motivating factor in the French victories over the English. She probably saved France. If it hadn’t been for Joan there more than likely wouldn’t be a France as we know it today.

Unfortunately, she was captured by the English, tried as a heretic and executed at the age of 19.

She is credited, however, with some very interesting sayings:

So far we have looked at two ladies neither of whom were formally educated, neither were in positions of prominence or thought to be credible, both of whom influenced political decisions at the highest levels by the strength of their intelligence, wisdom, motivation, persistence and logic.

Inspiring! Makes you want to speak up!

But, there are more. 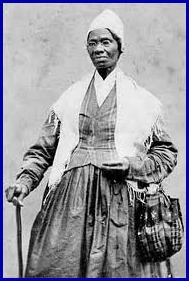 The woman we know as Sojourner Truth was born into slavery in New York as Isabella Baumfree (after her father’s owner, Baumfree). She was sold several times, and while owned by the John Dumont family, married Thomas, another of Dumont’s slaves. She had five children with Thomas.

In 1827, New York law emancipated all slaves, but Isabella had already left her husband and run away with her youngest child. She went to work for the family of Isaac Van Wagenen.

While working for the Van Wagenen’s — whose name she used briefly — she discovered that a member of the Dumont family had sold one of her children to slavery in Alabama. Since this son had been emancipated under New York Law, Isabella sued in court and won his return.

Isabella experienced a religious conversion, moved to New York City and to a Methodist perfectionist commune, and there came under the influence of a religious prophet named Mathias. The commune fell apart a few years later in a flurry of allegations one of which was murder. Isabella herself was falsely accused of poisoning, and sued successfully for libel.

In 1843, she took the name Sojourner Truth, believing she was led by the Holy Spirit to do so, and became a traveling preacher (the meaning of her new name). From that point on she represented abolitionist and women’s rights issues and spoke mostly to white audiences. Her most famous speech, Ain’t I a Woman?, was given in 1851 at a women’s rights convention in Ohio.

During the Civil War she raised supplies for black regiments and in 1964 managed to get a meeting with Abraham Lincoln at the White House. While there, she tried to challenge the discrimination that segregated street cars by race. Following the war she organized efforts to find employment for black refugees.

Of all the examples, she was the least likely to influence political change. She overcame extreme circumstantial disadvantage, heavy cultural resistance and using simple down-to-earth wisdom influenced her peers. She proves that anyone at any level of society can make a dent on politics with thoughtful arguments and persistence.

The Daughters of Zelophehad: Mahlah, Noah, Hoglah, Milkah and Tirzah.

Zelophehad was an Israelite who lived at the time of the Exodus. Unfortunately, after journeying for 40 years in the desert he died just before the nation entered the land of Canaan. He never got to mark off his piece of property in the promised land. Of course, he would still inherit land but under these circumstances his property rights would pass on to his descendants. That was a problem because he only had daughters, five of them, and the culture of the day only allowed for male descendants.

But his daughters, instead of grumbling or hiding, gained a hearing before Moses and leaders of Israel and made their case for a daughter’s right to inheritance. Their argument was simple: “Why should our father’s name disappear because he has no sons?” And they won the debate. God agreed with them, the leaders agreed with them and they were later granted land.

The seeds of many other women’s rights issues are inherent in this exchange but there’s no room to explore them in this post. For now, this incident illustrates the power and accessibility of democracy. Anyone with the courage and sense to make an argument can also make a difference.

The best way to honor the example these ladies set is to do the following:

Unfortunately, none of these ladies could vote. In fact, voting wasn’t even a recognized practice for three of the four. But Sojourner Truth fought for women’s suffrage and many others represented this cause also.

One vote may not decide the election but there just isn’t a good reason not to exercise this right.

Unfortunately, moaning, complaining or repeating the tired arguments (sentiments) of others is not the same as thinking. Formulating a legitimate argument is liberating. Making a legitimate point is life changing. Think!

There is a time and place for pointing out the personal faults and failures of your political leaders but ultimate that approach guarantees no useful legislation. At best it may only change one leader for another and the second might be just as bad or worse than the first. There aren’t any perfect leaders anyway and history proves that God has worked in spite of some very unsavory individuals. Focus on the issue. Make an argument. That way you have a better chance of making a difference.

When insurance companies over load your premiums or deny your claims, make an argument. When law enforcement fails to act or acts too slowly, make an argument. Know your rights. Study the issues, be thoughtful and make your arguments. Some you’ll win, some you’ll lose but you will grow as a person and eventually make a difference.