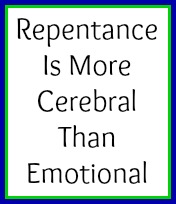 We Must Articulate The Gospel
Not Throw It At People

At the heart of Christian belief is the Gospel. It’s a major concept in the New Testament. I wouldn’t say it dominates but it is definitely pervasive. You find it everywhere you look.

The word is used 98 times in the New Testament and is found in nineteen books. It is mentioned toward the beginning and the ending of several of these books:

It seems strange that the word “Gospel” isn’t found in John even once, until you realize that John focuses on “belief” which is the personal response that catalyzes the application of the Gospel to an individual’s heart. John’s focus, therefore, compliments the focus on the Gospel in Matthew, Mark and Luke.

Other books where “Gospel” is mentioned toward the beginning and ending are:

In three books: Romans, Galatians and Philippians, the word is used at least five times in the first chapter alone – six times in Philippians 1.

The Gospel was obviously important to the New Testament writers and most people recognize that. Unfortunately it isn’t always made very clear today.

It is common that when people talk about Jesus they often mention the Gospel but rarely do much to explain it and it really needs to be explained. “Gospel” is only one word and it has a very simple, unspecific, generalized meaning: “good news.” That’s it. Without more detail you’re still in a mist. All kinds of news can be referred to as “good” so we need to specify what the news is.

A raise in salary, a great score on an exam, acceptance for a new job, are all considered good news but none of those news bites have anything to do with the Gospel, in the Bible sense of the word. It’s almost ironic that even in the Bible there are many bits of information which qualified as “good news” but have no direct bearing on the New Testament Gospel.

All of these events have implications for the Gospel but none of these things constitute the good news as it relates to salvation.

All of that means you can’t fully appreciate the phrase without filling in some details. “Good News” can apply to many things.

There is another reason why the “Gospel” needs careful articulation. Human nature tends to disbelieve news that sounds too good to be true and the Gospel is really good news. When we provide only the bare bones framework the response is not only skepticism but reticence. A presentation of the Gospel should draw a person out not shut them up.

Everyone prefers good news to bad but they also know it is never absolute. There is always a downside so humans have learned to be a bit skeptical. It is only natural to ask: “What’s the catch?”

And after all this discussion, the real question still remains. What is the news? What heartening message are we getting? It involves salvation, yes, but wouldn’t a little more information be helpful? Well, Paul did that. In a brief statement Paul he added some detail:

That’s the Gospel in a nutshell: Christ died for our sins, was buried and was resurrected on the third day. The implications are obvious. If Christ died for our sins then we must be sinners and if He rose from the grave we too can do the same, but that statement is still a little brief. It leaves us looking for more and gives rise to additional questions.

To further explain why the Gospel needs to be fully defined rather than just repeated, I put together following list:

The Gospel Is Easy To Some And Hard To Others

Assimilating the Gospel is probably the easiest part. Mark’s record says, “Repent and believe the Gospel” (Mark 1:15). That’s it. That’s all you need do.

The primary purpose of a “day” in court is for lawyers to present evidence along with arguments to persuade the jury one way or the other. Jury members are technically supposed to be neutral until they’ve been presented with all the pros and cons but it is hard to believe anyone begins a trial without an opinion.

The job of an attorney, particularly for the defense, is to provide enough rationale to convince the jury their client is innocent or at least create sufficient doubt. That’s repentance, a change of mind, and it is provoked by deliberate argument.

That is exactly what Christians must do in propagating the Gospel. We must provide sound, deliberate thought expressed clearly. If we want people to change their minds about Christ and salvation – repent – we must give them the rationale. Once they have that, belief isn’t that far off.

The Gospel is difficult to accept for some, not because they are obstinate and disbelieving but because Christians haven’t given enough argument to provoke a change of mind.

Some people, like the religionists Jesus dealt with, tend to be a little stubborn and blinded by their own ideas. Criticizing these types, however, is not the correct response. Sound arguments on top of sound arguments, stated repeatedly and patiently is the only solution. Not only must we provide rationale we must be patient when it isn’t immediately understood. That was the approach Jesus started with.

It is a matter of perspective. Some people are aware of and burdened by their sin and are, therefore, very open to the idea of salvation. They need a Savior and the message that one has come is all they need hear.

Others, however, aren’t so desperate. They need the arguments.

The Good News Focuses On The New Nature Not The Old

One phrase we often use to describe a genuine Christian is born again. “Born again” is a metaphor that describes an internal reality for each believer.

When you believe the Gospel, you receive a brand new heart and along with the new heart you get a new nature. It is the same “you” but a nicer you and it’s brand new.

The Gospel doesn’t reform the old heart or eradicate it or try to repress it. The old “you” sits along side the new and constantly plays a disruption game. The only way to manage the old you is to focus on the new you. The more energy you pour into the good heart the less you have for the old one.

This is good news because it relieves that nagging idea that you must entirely suppress your old nature before you can follow the new one. The old nature doesn’t die and will never get better. That’s why Paul said:

The only way to manage the old nature is to focus on the new nature.

The new nature, by the way, loves to learn, to find ways to be more effective and self sufficient and loves to contribute. Those are good things and that is why the Gospel is good news.

The Gospel Is Very Simple But Easy To Complicate

In some religious circles repentance sounds more like a rite, or penance, or a sacrament. Those words aren’t found in the Bible, they are add-ons but you’ll find any conversation about the Gospel laced with those terms in certain religious groups. They don’t just complicate the matter they change the meaning completely.

“Sacrament” is something a person must do to get saved or stay saved and there are several of them. The actual definition in the Catholic catechism is:

The sacraments are efficacious signs of grace, instituted by Christ and entrusted to the Church, by which divine life is dispensed to us.

Catholics list seven of these sacraments for various phases of life, even one to be done at the moment of death (just to make sure), but Protestants usually recognize only two: Baptism and the Lord’s Supper (Eucharist).

None of them, however, mention “believe” the Gospel and the only rite that comes close to repentance is penance which is more a punishment you undergo than a simple change of mind.

To be fair, there are other expanded, complicated, non-Catholic versions of repentance that also emphasize human effort like, for example, “turn from you sin.” You are not being stubborn to ask for an explanation. If salvation depends on it then let’s be clear about the meaning.

Not much certainty or good news in any of those questions or the possible answers. If we could do any or all of thuse things, would we need a Gospel?

These ideas have distorted the basic “repent and believe the Gospel” message – accept what God has done for us – with human effort. The whole thing side steps God’s offer and turns salvation into a marathon.

Nothing about the sacrament system, or any other humanized version of repentance, sounds like Good News. There is no Gospel there. It is ball-and-chain stuff.

One clarification. I don’t doubt the sincerity or even the salvation of those who submit to such ideas – although I doubt those who believe them would be so generous to me. I do, however, disagree with the need for any “sacraments” and would suggest that repentance and belief were the only active ingredients in effecting their salvation.

Don’t confuse the Gospel. Believe it.

The Gospel Must Be Articulated Not Gushed

When Jesus called Philip to follow him, Philip excitedly went and told Nathanael that he had found the Messiah, the very one Moses prophesied would come. Philip even called His name: Jesus of Nazareth.

That is significant because once Nathanael heard that Jesus was from Nazareth he responded skeptically: “Can any good thing come out of Nazareth?”

Nathanael wasn’t being critical or obstinate. He was being rational. He was just as anxious for the Messiah to come as any good Israelite but he probably had an opinion about how it would happen and he wouldn’t be easily persuaded otherwise without good reason. And since Nazareth wasn’t on the watch-list of cities from which the Messiah would emerge,there was good reason for his skepticism.

Fortunately Philip responded like a friend instead of a judge. He didn’t assume Nathanael had an attitude, was being belligerent or being contrary. He believed Philip was a good guy that could be convinced with the right information so he invited him to “come and see.” That is the equivalent of “let’s talk about it” and is a much better approach than throwing verbal stones: “Believe now or else, the end is near.”

The Gospel is definitely exciting stuff but instead of gushing emotionally we must be prepared to give answers and the Bible teaches this. Paul said:

. . . Be ready always to give an answer to every man that asks you a reason of the hope that is in you with meekness and fear. (1 Peter 3:15)

Instead of starting out with a defensive attitude, we must expect and be open to questions and be prepared to give cerebral answers when they come. That’s a lot better than throwing Gospel stones. You will have to work at it though, so . . .