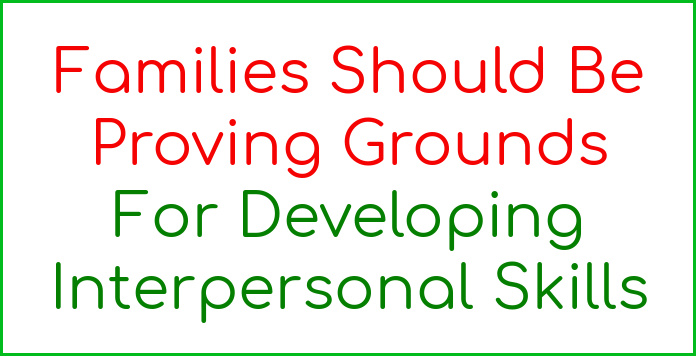 No One Is Automatically
A Friend Or Enemy
Not Even Family

It’s very easy to think of friends and family as two different things. We inherit family and we choose friends, but can they migrate? Can one ever be the same as the other?

The Bible mentions three different categories of individuals other than family:

But the relationships we have with people are dynamic. No one is born a Friend or Enemy. Instead everyone starts out in the middle, neutral, and then moves one way or the other. We might illustrate it like this:

Family is not represented on this graph and rightly so. No family member automatically fits into any one of these categories. There’s overlap as the following illustration shows.

Obviously, we tend to think of family members as “like” friends, but are they really?

We also never associate family with enemies even when the comparison is justified.

I’ll share a few examples of family members who became enemies just now but before I do, a good question to ask is: Can “Family” really be defined?

“Family” is more than just a word. It’s a concept, a very broad concept. The finger print of each family can be as different to all other families as individual people are to all other people. Each individual in the family helps form the loops, whorls and arches that make up those prints.

The possible variation in individuality is huge.

There are basic similarities, yes, but that is about the only thing you can define, the similarities. In fact, most definitions don’t even do that. They usually define the similarities we imagine, the ones we hope are true, the ideal.

Let me give you an example:

The online Free Dictionary gives a very generic and less than complete definition of “Family” as:

Those statements are so broad and general they reflect more the potential diversity of family than the ideal: “One or two parents” – not traditional – based on shared goals, long-term commitments and a dwelling place. In other words, blood isn’t always an issue. So tradition and blood are NOT essential in defining Family.

Don’t get me wrong. I would never suggest a one parent family isn’t a family, but I would suggest it is included in the definition primarily because it is a modern trend. It’s a reality that breaks with tradition but one that can’t be honestly ignored in the definition, further demonstrating that family is very difficult to define precisely.

The Mystery Of Family Relationships

Back to the main point:

The mystery is, unlike friends, we tend to love family members even when one or more become cruel. It’s the domestic version of the Stockholm Syndrome. Family members are blinded to the fact that one or more members of the family have become The Enemy and continue to see them as The Friend.

That may happen partly because Family are supposed to be friends. Psychologically it’s what we expect. Not best friends necessarily but friends. We rarely talk about the potential conflict, though, because family is thought of separately to all other social categories.

We suggest ideas about family that aren’t necessarily true. Because blood is thicker than water, we assume it can never be noxious. It can and when it does, it can stay that way for generations.

Take for example Ishmael and Isaac. The descendants of those brothers are still fighting. Another example is Jacob and Esau. Even though Jacob and Esau made a superficial effort at patching their differences, their descendants still fought for generations. If Esau’s family hadn’t died out, they might still be contributing to the fracas.

But it doesn’t have to be that way. Everyone starts out in the neutral category, including family and can move in either direction. It’s okay for family to remain somewhat neutral. Like I said, they don’t have to be best friends, although that happens occasionally.

The Pathway To Friendship Is The Same For Every Person, Even Family

The important idea is this:

How we treat people determines the direction in which they move and families should be proving grounds for developing skills to keep the people in our lives on the friendly side of the equation.

People, of course, can be complex, as well as the situations that surround them, but you don’t need a psychology degree to keep conflicts at bay. The following two words 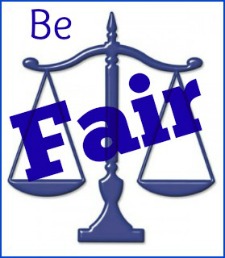 should guide our responses.

The first word is Fair. Unfair treatment is a common complaint when relationships are strained.

And the second important word is Friendly.

By that I don’t mean superficial, syrupy or overly sentimental. Just take the edge out of your tone. 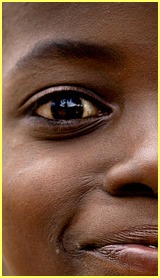 Paring knives are good for fruit not family or friendships.

Jesus spoke to this issue. He endorsed two Great Commandments, the second of which is “love your neighbor as you love yourself” (Matthew 22:39). He also said “Do unto others…” (Luke 6:31). Being Fair and Friendly is the least we can do.

Jesus even taught us how to deal with enemies. He said love them and do good to them (Luke 6:27) and He didn’t qualify the Enemy. We aren’t to love some enemies and hate others.

The rule is, treat everyone, including your enemies, the way you like to be treated, which is how you treat yourself.

The words we say, the attitudes we express and the way we respond determines whether people are inclined to love us or hate us. Fair and Friendly doesn’t guarantee a friendship but it does help if you want to avoid making enemies.

Personal Holiness Works Against The Friendship

How we treat people is the important issue here, not personal holiness. The Bible focuses a lot on how you act toward others.

Not how good we are personally. Not how much better we are than the people around us. Personal perfection is the domain of religion, not Jesus or the Bible.

Becoming the best person you can be is helpful only if you don’t use that betterment to bolster your self esteem at the expense of others.

Being friendly makes you more tolerable. A Holier Than Thou posture has the opposite effect. Remember, judges are perceived as enemies.

Friendships Can Be Just As Beneficial As Family

We think of family as being the most protective environment on earth. It is the soil in which personhood is cultivated.

And, of course, families can be great. But they can also be horribly bad.

Every home is dysfunctional to some degree and in some cases, what is considered adverse may actually bring relief. Divorce, for example, isn’t always terrible. Sometimes it brings more relief than grief so I didn’t pay much attention to dysfunction.

Also, the percentage of those effected by neglect were small by comparison so I didn’t give that much attention. Abuse, however, is different.

Here’s what the study found:

And the negative effects are just as lasting. You can choose to make a friend or lose a friend. You can never choose your family and it’s almost impossible to lose one.

Who would like to be the child or parent or sibling or mate of a notorious serial killer? Can anyone ever get away from the taint? You can change your name but it might not help.

People who don’t have the character to be a good friend can be avoided. Family members who don’t make very good friends aren’t so easy to lose.

Friendship Can Never Be Assumed

Family members are notorious for taking each other for granted. The following statement is often said but is it really true?

The most friend-like thing family members can do for each other is allow them, liberate them, empower them to be self sufficient, independent, stand alone individuals.

Then the relationship is based on a choice each one makes rather than presumption or dependency.

Try Not To Cause A Grudge But Never Hold One

We could all sit around licking the wounds we got from family or friends, and we might feel justified in doing so but would it really help? The best way to make a friend is be one.

Remember Isaac and Ishmael. They’re still trying to sort each other out. The grudge got worse, not better.

God does many good things for everyone everyday but that makes Him friendly. He will never be anything other than our benefactor until we do something that makes us His friend.

It is possible. Abraham was called the friend of God (2 Chronicles 20:7) and Moses was treated like God’s friend (Exodus 33:11). Abraham believed God. Moses followed God. Don’t treat God like family. Do something to be His friend.