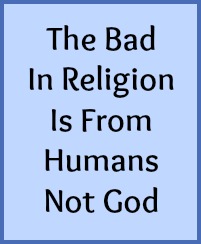 Don’t Stop
At The Foundation

This is the first post in a series on Christian Basics. By Basics I mean essential issues, issues that apply to everyone.

Five such basics are: Belief, Baptism, The Lord’s Supper, Organization and Purpose.

These are more than foundational. They form the superstructure of Christianity as well.

A house is never just a foundation or slab.

Start a discussion around any one of these topics and the conversation either becomes heated or confused. Neither the glazed-over look nor frustrated response is unusual.

But these are basics. Simplicity should be the rule.

The problem is the more we ask, the more complicated the answers become. They expand. They grow. And they become proprietary as well.

Eventually the answer becomes a book and then a set of books and then a whole library. The well worded, clearly written paragraph is something of the past. Only the Apostles did that. Now – today, in this world, in our time – for every question, arguments and debates abound.

But Christianity is simple. It’s basic. It’s on the bottom shelf. Anyone can reach it. Everyone has access.

The poorest, most destitute, most ignorant or depraved person has access to Jesus.

Paul actually implied this when he told the Corinthians . . .

But I fear, lest by any means, as the serpent beguiled Eve through his subtilty, so your minds should be corrupted from the simplicity that is in Christ. (2 Cor. 11:3)

Simplicity! He referred to Christ as uncomplicated. In fact, complication, according to Paul, is the work of the Devil and is synonymous with corruption.

Anyone can understand and/or access the simplicity that is Christianity. It doesn’t make sense but the devilish art of deception by complication is carried out today by Christians. How counter intuitive is that?

A good question to ask is why is that so? If the basic truths of Christianity are simple, why the complications? The answer is also quite simple.

Christians have two natures. The new nature and the old nature. One takes after God (Ephesians 4:24). The other bears the bad qualities of humanity. Both have influence.

We don’t like to admit it but a person’s religious life is often fed by both of these natures.

The new nature is present in each Christian’s life but it doesn’t take over. It contributes, it doesn’t control.

What that means is a person’s religious ideas, what they say about God’s simple truths, may be influenced as much by their human nature as it is by their Christian nature. Weaknesses and insecurities may emerge in those teachings.

Eventually, if something isn’t done to halt the process, those bad qualities become institutionalized. That is exactly what has happened: Many different institutions all claiming allegiance to Christ, separating over the basics and confusion reigning.

Therefore, following are a few posts focused on the basics. The first one being Belief.