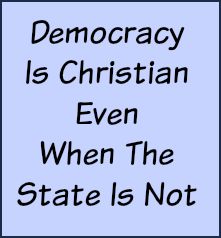 Grey Is In
Polarized Thinking
Is Out

First, a disclaimer. I respect Ben Carson. How could I not? He is remarkably accomplished and his success inspires us all.

I learned about Dr. Carson many years ago from a Reader’s Digest article. I cried when I read it but not because of Ben. It was his Mom, Sonya, that made me emotional.

I’ve always believed parents were a big factor in whether or not kids have a chance at success, and his mother’s actions confirmed that belief. She single-handedly put her two boys on a track for success in spite of her disadvantages.

She dropped out of school in the third grade, was married at 13, raised her children alone and worked multiple jobs regularly. She maintained her family on secondhand clothing and homemade preserves, but none of these limitations prevented her from instilling discipline in her kids.

How did she do it? Easy! She restricted TV watching to only a few selected programs a week and required the boys to read and write reports on two books every week. To maintain accountability, she made a show of inspecting the reports even though she couldn’t read.

Her boys were reading and writing while their friends were playing.

The boys weren’t agreeable at first but they eventually cottoned on to the idea. But forget the kids. Many parents viewed this as torture and warned her against it. To her credit, she didn’t flinch.

Before setting the rules, her kids were failing. Obviously, the strategy worked.

Makes me think of Moses’ mother, Jochebed. She didn’t go along with the crowd either.

By the way, her case suggests that ending a marriage is sometimes better for the kids. She instituted the TV/book report rules at about the same time she sent her bigamist husband packing. If she focused more on saving the marriage, instead of managing the boys, her sons might be leading gangs today instead of public opinion.

As a result of her actions, Ben developed a taste for learning – and hard work – that catapulted him to great heights. He’s performed miracles medically, written several books, received an encyclopedic list of awards and was featured in a movie.

There’s a lot to like about Ben but, unfortunately, that doesn’t make him the next Mandela. Impressive, yes, but for several reasons, I’m not convinced he’s presidential.

It’s great when candidates exhibit dedication to God but that alone isn’t sufficient. There are many very godly people I wouldn’t consider qualified for the office of President.

The question is not does a man – or woman – believe certain things about God and the Bible but, rather, can they work respectfully with those that don’t?

Can a Christian President genuinely agree to disagree, live with a half loaf situation, believe in the people even when the people are wrong? Can they intentionally enforce laws not to their liking for the benefit of everyone?

Every President must do this, not just the Christian ones.

Presidents must lead the nation, not hound it into submission. Give-and-take isn’t a popular theological method but that is what Presidents must do, and it might be more evangelistically effective than pounding the lectern.

In other words, the president must be democratically minded enough to care for and lead nonbelievers even when those nonbelievers insist on walking a contrary line. He must be God’s Man personally but America’s Man politically.

I’m not convinced Ben can do that.

Don’t hang up just yet.

To say America is God’s nation may not mean what many people think. America is a DE-mocracy, not a THE-ocracy. The difference between the two must be factored in. Presidents who are outspoken believers must still be democratically minded enough to lead those who aren’t.

Some people see that as a cop out but the greatest historical proof of America’s Godliness is in her insistence on democracy. Every person can influence government. That’s what of the people, by the people and for the people means.

We argue points, agree to disagree, share power and transfer it from one person or party to another regularly. There is an ebb and flow in democracy, particularly in the American version, that keeps discussion alive.

In light of that, consider Ben’s words:

I’m not a politician. I don’t want to be a politician because politicians do what is politically expedient. I want to do what’s right.

I’m not sure Ben’s religious background prepares him to lead the world’s greatest democracy.

The word Politician is associated with compromise, which religiously is considered heresy. That’s a bad word!

But relax. The truth Christians hope to protect is like a weeble. You can knock it around but you can’t knock it over. We speak truth respectfully and promote it fairly. It doesn’t need our protection.

Truth has consequences. You can refuse food but you can’t change the need for it.

Good governance is about order, fairness, balance and equality, not truth. The object of the government, and the president who leads it, is not imposing perfection or creating a Christian state – or religious state of any kind.

I’m not sure a Christian state would be different to any other religious state anyway. They’re all smothering to some degree, but Democracy is Christian even when the State is neither Christian nor religious.

The more thoughtfully and vibrantly ideas are argued, which is not something Christians do very well, the more Christian it is.

Don’t misunderstand. I’m not suggesting Christianity or God or Jesus is smothering. I’m saying Christians can be.

All of that points to a not-so-attractive conclusion. Governing a democratic state requires compromise. That isn’t something with which Christians are very experienced or comfortable. Differing opinions produce laws that don’t match up with traditional religious truth but that is exactly what happens in a democracy.

There’s a lot of grey. Only the broad minded can live in that tension.

The history of American governance is riddled with issues that were hotly debated in the name of Christianity before a compromise was reached. Drinking alcohol is a good example.

Today, people have a right to drink but it hasn’t always been that way. During Prohibition, the manufacture and sale of alcohol was illegal. The laws we have now are compromises. Grey is in, polarized thinking is out.

The question is, why is this OK? Because you can’t legislate good sense or decency.

People also have the right to disbelieve the Bible, disagree with Christianity, adopt other religions or be non-religious. People can choose atheism.

All of these philosophies can be debated privately, publicly and loudly.

The president doesn’t have to endorse every view but he does have to represent all the people who entertain them. Swearing to uphold the constitution is basically what that means.

Can Ben Carson do that? I’m not so sure.

Policy making involves the art of interpersonal negotiation. Legislators work with legislators, not against them.

This is Capital Hill not Bunker Hill.

Capable politicians have experience working with other politicians, the ones they agree with and the ones they disagree with. There is a lot of jostling, but they’ve learned to interact agreeably rather than bulldoze.

They’re insiders. They know legislators personally, understand the things they are trying to accomplish and have learned how to find the middle ground.

I don’t mean to over paint the good-natured side of congress but insiders do have a leg up. outsiders are big on ideology and short on reality.

Obama, an outsider, didn’t work so well with Congress. The relationship was reportedly cool between the President and his fellow lawmakers. Not a good thing for democracy.

Is Ben Carson an insider? No! Will that effect his ability to maintain good governance? Certainly.

Some people will vote for Ben Carson only because he is a Christian and his story is so inspiring. He says the things we love to hear. He is a great personal example and he defends the truth we believe.

All of that spells sentimentality.

He is the living, breathing, walking image of tradition and we love tradition. But that is a short sighted approach to voting. We’ve always done it that way is neither accurate nor wise.

Tradition may be comfortable for the time being but it actually has a very short shelf life. Allowing past ideas to influence your vote is more sentimental than rational.

Before shaking your head in disagreement, remember that religious/academic leaders once proclaimed the earth to be the center of the universe (not to mention flat), and allowed no discussion on the matter. Anyone who disagreed could be executed.

Fortunately, investigations were made, ideas were tested, sense prevailed and we’ve moved beyond that sentimental blind spot.

Can Ben Carson overcome the religious leanings of his past to lead a pluralistic nation fairly? I’m not so sure.

Now, if Ben’s Mom were running, that would be another issue.