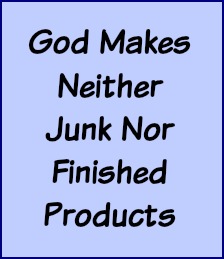 Ring around the rosy
A pocket full
of posies
Ashes, Ashes
We all fall down

Ring Around The Rosy is one of the best known and time enduring nursery rhymes. Ever! It may be the first.

It is widely known throughout the English speaking world and versions are also found in German, Dutch and Italian. Even more noteworthy is the fact that it dates back to the Great London Plague – mid 1600’s – or possibly earlier.

We don’t know exactly when it was first written or popularized but that’s not the important question.

The important question is how did such a short and apparently meaningless nursery rhyme become so popular?

What influential person wrote it?

How was it popularized without a major publisher?

We don’t have answers to these questions but we do know what inspired it. This little ditty was motivated by a flea. Not a great person. Not a great publisher, but a flea.

One small flea made this happen.

Before we go further, I need to say a word about nursery rhymes.

Historically, nursery rhymes have been used to announce, spread and memorialize, in a few cleverly written words, important events or ideas. They were editorials in brief, Twitter before the advent of the internet.

Humpty Dumpty had nothing to do with a large egg. Instead, it represented a huge cannon fixed on a fortified wall during the English Civil War. It was the Titanic of weaponry. It was supposedly unsinkable.

But it fell and it couldn’t be put back together.

Little Boy Blue ridiculed Thomas Wolsey, the cleric of England, for not tending to the “sheep” properly.

And that brings us to the featured rhyme of this post: Ring Around The Rosy.

This quick and easy song was a rhythmic way to soften the memory of a horrible event.

It’s roots go back to the black death that plagued Europe between the 1300’s and the 1800’s. Some estimate the number of deaths to be as high as 200 million.

But again, the most interesting point about that tragedy, and the rhyme that commemorates it, is it got started with something very small.

A single plague-infected rat flea bit one sailor on one ship and people began to die by the thousands and hundreds of thousands very quickly.

That brings us to an interesting concept: the Butterfly Effect.

The Butterfly Effect is a theory that says a single event, no matter how small, can change the course of the universe forever.

In other words, small events happening in one place will eventually result in consequential changes, both small and large, elsewhere. Maybe in the same location. Maybe far away.

A blade of grass can crack cement by applying very small amounts of pressure over an extended period of time.

Earthquakes occur, not all of a sudden, but due to the accumulated affects of applied force over a long period of time. An endless number of small changes will eventually add up to a seismic event, the effects of which can be far reaching.

“Connected” is the key word here. Everything is connected.

And that brings us to another good question. What are churches meant to do?

The question is not what do they do or what is trending but what should churches do?

Traditionally, the answer is engraved in our thinking. Two words say it best.

What I mean by that is humans were created to be doers, thinkers, speakers, writers, discoverers, problem solvers and more. People aren’t mushrooms.

And churches, when functioning properly, encourage Christians to become something, learn something, accomplish something, rather than just sit and believe.

It’s true that “God don’t make junk!” But it is also true that He doesn’t make finished products. He gives us the ability to achieve. Churches should encourage that.

But, the focus here is on connections. We need to explore this idea a bit.

What do the words “community” and “fellowship” really mean?

We are all connected. Nothing is done in isolation. Nothing happens without consequence. We don’t live in a vacuum.

We even affect and are affected by non-living, inanimate objects. Without trees we would die.

When the 2004 earthquake happened under sea in one place, it affected people 8,000 kilometers away.

When a scientist we don’t know, and will probably never meet, discovers a cure for an illness in a lab most will never visit, it affects every single person for all generations to come.

Even the argument about whether we should get a flu injection or not is an effect.

We aren’t all equally close but we are all connected.

Connections Can Neither Be Made Nor Unmade

We do not make connections!

One single person may ask another single person out on a date but they aren’t making a connection, they are trying to change it, make it closer. It’s a gamble and a test.

That’s the point of the question people ask in romantic movies: “where is this going.”

But, logically speaking, if connections can’t be made, they also can’t be broken.

When two people, who were previously very close, for some reason become enemies, they are still connected. The tether may stretch but it never breaks. Whatever marks, scars or impressions were made, remain.

That brings me to a question about Christians and Christianity.

How would you describe a Christian?

Admittedly, responses to that question are innumerable. Whatever you’re response, though, I’m going to depart a bit from traditional thinking.

When I think about defining Christianity, an upside down “T” comes to mind.

Usually (traditionally) A person is said to be a Christian when they:

All of which is true but what about connection?

Everyone, Christian or not, believer or not, is connected to everyone else and everything else. There is no such thing as any person being disconnected.

Do you remember the Unabomber. The guy who eschewed modern technology. The guy who claimed technology was robbing us of our freedoms. The guy who wrote a manifesto declaring the same. The guy who learned survival skills so he could isolate himself in the wilderness from humanity.

The irony is, he used a typewriter, one of the greatest inventions of technology ever, to write out his thoughts.

The first typewriter was invented in 1575 by an Italian and improved versions of the machine are still used today. In 2008 the city of New York bought several thousand typewriters costing just under $1 million.

Even the ubiquitous computer mimics the typewriter in many ways.

The Unabomber also used the mail service to send his bombs to unsuspecting victims.

Isolation didn’t sever him, it only distanced him. He was never freed from the very thing he hated.

An atheist may believe God doesn’t exist but he cannot, by that belief, eradicate God or remove the connection. Like the president of whatever country you live in, you can disagree with God, dislike what He says and hate Him but that won’t make Him go away.

An Improved Connection With God Should Enhance Our Relationships With Humans

But for those who are Christian, the people who claim to be closer-than-most to God, there is a very important point to make.

Being closer to God won’t make you perfect but it will make you better. Oh, and one of the best ways to love your enemies is to stop making them.

In other words, We don’t have to keep God happy by intentionally making everyone else angry.

If everyone is connected and Christians are the light of the world, it makes more sense to use the light to illuminate the pathway rather than shine it in someone’s eyes.