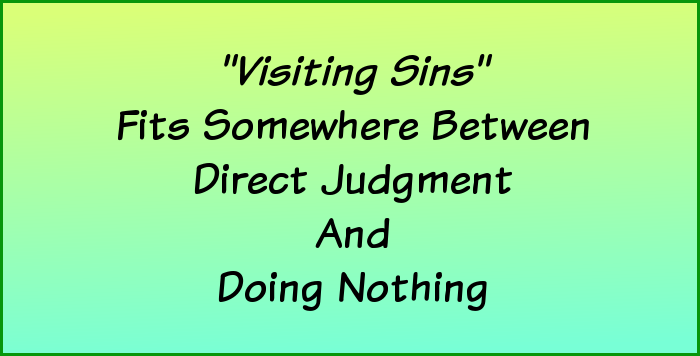 Love Takes On Many
Shapes And Sizes

This is the Christmas season.

I don’t know if it’s the decorations or the family time or the idea of peace and goodwill toward all men but Christmas breeds hope.

And it takes over.

Every TV series has a Christmas episode. New Christmas movies are produced annually and old ones are shown again.

Retail sales go crazy. One-fourth of all personal sales are made during the Christmas season. That means that one single day, out of 365, accounts for 25% of all personal expenditures.

Before your jaded, non-commercial side screams foul, please remember that all or most of that spending is done for other people. That is, one person is thinking about another person and attempting to buy them just the right gift. One that says, “You’re special to me.”

I will concede that our modern way of doing Christmas, though it isn’t necessarily bad, skews the picture a bit.

The Christmas story is so “FEEL GOOD” – and let’s keep it that way please – that we somehow think the message of the New Testament is very different to the Old. God is ascribed meanness in the Old Testament and love in the New.

There’s something not right about that.

God IS love: absolutely, all the time, full stop, and He’s immutable. He doesn’t change. Everything He says or does is an expression of love.

When we assume the Old Testament God was motivated only by cruelty, it really reflects badly on us.

That brings us to a popular concept: Tough Love. It’s a good thing when done the right way.

Here is a simple definition:

Tough love is Person A imposing rules, restrictions, and/or consequences on Person B, for whom Person A is responsible, in order to develop good character in person B and/or hold them accountable for their actions.

Even when done properly, it can be painfully difficult to endure on both sides, but it is the loving thing to do.

Kids treated with tough love often accuse their parents of being mean and hateful. But as Bette Davis said:

Maybe some of the hard sayings in the Bible are nothing more than God expressing tough love.

One passage that comes to mind is Exodus 20:5:

You shall not bow down to idols, nor serve them: for I the LORD your God am a jealous God, visiting the iniquity of the fathers upon the children unto the third and fourth generation of them that hate me.

This statement is found four times in the Old Testament, and we don’t like it. I’m not sure we are supposed to like it but with a little thought, we can understand it. Maybe even learn to appreciate it.

Admittedly, these words sound harsh. They don’t produce a Christmas-like warm fuzzy, and God is the one speaking.

And we can’t ignore it.

We also can’t explain it away. We can’t say the verse doesn’t say what it says.

I actually did a word study hoping to find a way to prove “visit” doesn’t really mean “visit.” I wanted it to mean something other than “God was involved.”

It didn’t work. The study only proved that “visit” means exactly what it sounds like, active participation. A good example is Sara.

She was childless for decades but in spite of that, God kept promising Abraham a son, by Sara. And finally, after many years of trying to get pregnant, without results, the Bible says this:

She got pregnant! God did something (He visited the situation) to catalyze the outcome.

So we can’t just write the word visit off, say it means nothing, and dismiss it.

When the Bible says God “Visits,” it means He actively engages.

But there are reasons to believe it isn’t as negative as some would suggest.

The Warning Is A Precaution Not A Prescription

The reality is, no person in any generation is going to be punished only because their father or grandfather or great grandfather sinned, and there are two reasons I can say this with certainty:

Whatever God means by visiting the sins of the father on following generations, it has nothing to do with judgment. There is something else happening here.

But there’s a second reason you don’t need to worry about your father’s sins.

There are plenty of children in the Old Testament who suffered no repercussions at all even though their parents were idolatrous.

Ahaz was idolatrous and even sacrificed a child to an idol, but his son and successor Hezekiah – a believer – was only blessed.

Rahab was an idolator but following her belief, she and her descendants were blessed immeasurably.

This Sin Is Particular

This warning isn’t made about just any sin or even all sin. God is talking specifically about idolatry.

Idolatry is a little difficult for us to talk about intelligently. Idolatry as it was practiced in the Old Testament is rare today.

They carved images out of wood or sculpted them out of stone. They prayed to these objects and offered sacrifices to them, sometimes doing unspeakable things in honor of the deities these symbols represented, like sacrificing children or prostituting oneself to name a couple.

You didn’t get to choose what you believed or how you expressed that belief. The divine right of kings, a common philosophy in antiquity, meant you worshiped whoever happened to be on the throne: Pharoah, Ceasar, or whoever and, of course, they dictated how worship was done.

If you refused, you were punished, maybe even executed.

That kind of idolatry doesn’t exist today. It did then.

You could make the argument that the warning in Exodus 20 referred, not just to idolatry generally speaking, but particularly to idolatry as it was practiced in that day.

The Warning Applies To Particular People, Not Everyone

Exodus 20 was written to and for the benefit of a particular group of people: Israelites. None of them were ignorant of the issues.

None of this was new information. There was no surprise here. They had known about God’s promises for hundreds of years, ever since the time of Abraham.

These are the people to whom this warning applied. Not the Philistines or Syrians or Canaanites but the Israelis.

In other words, people who don’t have such knowledge aren’t held to the same standard.

The New Testament bears this out.

To whomsoever much is given, of them much will be required. (Luke 12:48)

I was a blasphemer, a persecutor, and an injurious person but I received mercy, because I did those things ignorantly, in unbelief. (1 Tim. 1:13)

Additionally, the end of the Exodus verse identifies exactly to whom this statement applies: to those that hate me.

Remember Rahab. Remember Ruth. Both were idolators before they learned about God. They never hated Him. Once informed, both made a conscious decision to love God.

The idolators to whom God is speaking are well informed but have made a conscious decision to hate.

I can’t tell you why a person would be hateful in the Exodus context, but the choice to hate God is possible only after you know Him.

So, why this apparent harshness to the third and fourth generations?

Why not just deal with the first generation and be done with it?

Sociology Must Be Considered

And that brings us to the topic of sociology. God created us social beings, meaning we aren’t independent. No one is completely stand alone.

Each of us is influenced by:

We all make individual choices but none of our choices is uninfluenced by others. We naturally absorb the opinions and feelings of those around us.

I can decide to do the right thing or the wrong thing, but someone else had to teach me the difference first, and I’m really at the mercy of what they taught. They could have misled me.

Every person is morally conditioned by what others teach.

We are capable of a certain degree of self-learning: Don’t get too close to the cliff’s edge, stay away from freaky-looking insects, thorns hurt.

Education is social – Even moral education.

Each generation naturally adopts the characteristics, attitudes, lifestyles, and knowledge of the forebears.

Security is social – Not only do the people we grow up with teach us what is right and wrong, but they also condition the amiability of the relationship we have with them on our agreeing with them.

Adopting different religious views to your parents creates friction, at least, and in some cases results in feuds. The only way to avoid the conflict is to remain the same.

That means once a family tradition is set, right or wrong, children may be hesitant to change. The hesitation factor only strengthens as the children grow older.

The motive is to stay clear of potential unpleasantness. The outcome is faith can wait.

I just read the book Heaven: Our Enduring Fascination with the Afterlife

It was a fascinating read and I recommend it. Lisa, the author, is a senior editor at Newsweek overseeing all the coverage on religion. She writes the weekly “Belief Watch” column and contributes regularly to the Washington Post.

Although a “professional skeptic,” she doesn’t come across as dismissive. If anything, she seems open.

In true journalistic fashion, she reports everything anyone has ever said or believed about heaven. The difference between Lisa and other skeptics is she doesn’t slur popular ideas or report them condescendingly. You get the sense that she finds them pleasant but still unbelievable.

You also get the sense that her hesitation to commit is partly due to family ties. Committing to heaven would be breaking with family.

So what does “visit the sins” mean? There are possibly several explanations but one I believe fits in this context is forcing the issue. If someone is intent on following some questionable lifestyle and you want to make a difference, force the issue to see how they like the outcomes.

I’ve heard stories of fathers who caught their children smoking, but instead of taking the cigarettes away, they forced the child to smoke one cigarette after another until the pack was finished.

But the intent wasn’t to hurt. The overdose gives the child a bad taste for smoking for life.

The question is, how do you respond to instilled unbelief?

Maybe the answer for idolatry is the same as for smoking. Force the issue to see where this really leads. Visit the situation, accelerate the process and make the consequences appear more vivid.

I’m not talking about judgment. If this was a judgment, if judgment was the answer, then surely God would judge the first moment of idolatry and stamp it out. He didn’t. Why? Because everyone has a choice. Belief is never forced.

But is it fair to do nothing for following generations?

Visiting is God’s answer. Whatever it is, however you define it, it is neither judgment nor doing nothing. It fits somewhere in between.

It may be that God’s visit is intended to bring everything to the boiling point and by that, bring it to an end.

That may not feel good, but it is definitely the merciful thing to do.