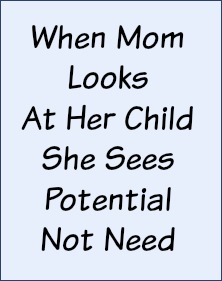 No one comes into this world without both a mother and a father, but Mom clearly has a head start in the race for relationship. Not only does she carry the biggest load, no pun intended, but in the category of supporting role, she has a clear advantage over Dad and usually receives most of the votes.

Mom’s influence is universally so pervading and wholesome we have a long list of pithy sayings expressing how generally wonderful and clever she is.

And examples of Mother’s influence abound.

Arianna Huffington named her mother as the most influential role model in her life.

Bill Gate’s philanthropy was influenced by his mother’s example and words.

Kat Cole transitioned from Babe status at Hooters to business mogul at Cinnabon because her mother said:

You can do anything and I expect you to do everything.

We can’t say enough about Mom. She is probably one of the most affectionately thought of individuals in the world, wedging Dad out by a long shot. Dad is loved also but the question remains: “Why does Mom seemingly maintain such a big lead in the race?” I came up with five quick answers. There may be more.

Relationally, Moms don’t stay in one place. As we grow, they move. 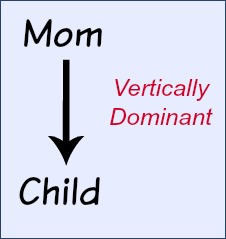 All of us start out completely dependent and inferior to everyone around us. The difference between Mom and everyone else is she is dominant but never dominating. She starts in the expected vertical relationship but she doesn’t stay there.

Dependence is unavoidable. Infants are carried, birthed, held, nursed and cleaned by someone else. Several people are involved in the process but Mom does the lion’s share and gets first touch in just about every category. 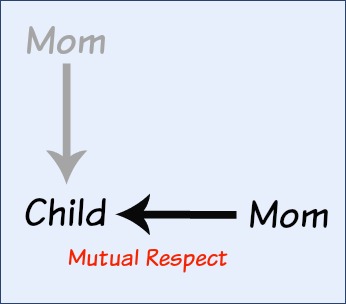 The point is, babies are helpless. Someone has to be in charge and Mom is there to accommodate. But her relationship is never fixed. When a mother looks down on a child she sees potential, not need. She derives no ego boosting benefit by holding on to the superior position.

For some reason, Moms more than any other person take pride in their children’s accomplishments. They are saddened when their kids don’t succeed and never threatened when they do. 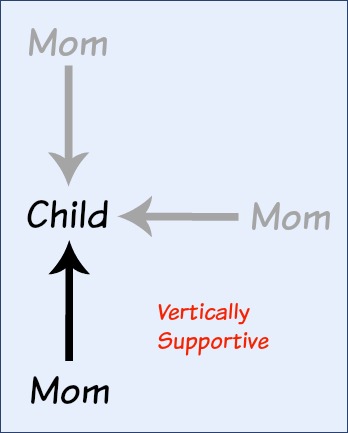 Siblings don’t always see it this way. Friends may be envious. Even Dads sometimes miss the point, but Moms, never!

It doesn’t stop there. Moms not only honour the success of their kids, they also expect it, push for it and cheer it on. They get downright philosophical about it.

A Mother rejoices genuinely when their child succeeds.

A child may doubt but a mother never does!

Most people don’t question Mom’s ability to move relationally but it does make us curious. What’s going on in the various phases of life, what exactly is Mom doing, that moves her from a dominant relationship to a supportive one?

Mom Talks With You, Not At You

The first clue has to do with conversation. Mom listens. And she hears what we say and feel.

We know she’s listening because her responses connect with what we say. We know she takes us seriously because she doesn’t blab our painful experiences to the rest of the family or all her friends.

Does anyone enjoy bearing the brunt of everyones laughter?

She talks with us, not at us or about us.

Moms Compete For Their Children, Not With Them

Life is full of competition. It isn’t always personal but there is always someone working to best you. Sometimes the competition is unfairly weighted against you. An anecdote from Melinda Gates’ grade school days illustrates the point.

When Melinda Gates was in grade school, she was assigned to a lower-level math class. Her surprised mother, Elaine, asked the teacher why. It turned out that Melinda had actually qualified for a higher level, but the classroom was short a chair, and the teacher figured Melinda was so sweet she wouldn’t mind. Elaine offered to come in after church every day to move a chair into the classroom if necessary. (Thankfully, it didn’t come to that.) Glamour.Com

Melinda mimics the behaviour. She now champions the cause of the worlds most desperate, helpless people. Obviously, she understood clearly the hidden meaning behind her mother’s actions. What we learn is that nothing fuels a person’s competitive edge like the belief by an interested party – Mom – that you deserve it, you can do it and you must.

Moms Expand Their Child’s Horizon Rather Than Define It

Often children grow up to do what their parents do. They take over the “family” business or at least follow the tradition.

Jesus became a carpenter because carpentry was the family business. Kids become farmers because the family owns a farm and so on.

But what if Johnny doesn’t want to farm? Must he be forced into the mold? What if the child doesn’t want to follow the family’s long standing tradition of attending a certain university or pursuing a particular career?

Traditionally Dads are Law Givers. That’s OK. Somebody has to be, but sometimes they get tradition mixed up with law. Moms intuitively recognize a truth that Dads don’t always see. Children will be motivated to accomplish greater things if they’re not confined by tradition.

Expanding the horizon – you can do anything – empowers a child to get a life. Tradition chokes it.

Moms Hold Children Accountable Without Judgment, While Others Tend To Either Condemn Or Excuse

Moms are understanding, not easy. And one thing they understand is that everyone wants to be accountable. What that means is Moms neither judge children for making mistakes – we all make them – nor spare them from the consequences.

Moms hold kids accountable and kids love it when they do, eventually.

Learning the lesson that actions have consequences, mistakes or not, is one life lesson everyone needs. Childhood is the best time to learn it. Moms teach the lesson well if not interfered with by Dad, siblings, neighbours and friends.

Not always, but in many cases Mom is the favorite and for good reason.