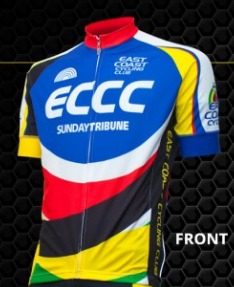 The Smartest Kit
In South Africa

If you’re thinking about getting fit, great!

One warning though. Don’t do what I did and take too long to get serious.

You don’t have to be clever to get fit but you do need a track to run on. One place to find it is a cycling club. I joined East Coast Cycling Club and it really made a difference. I’m embarrassed to say that it took me far too long to get to that point.

I bought my first bicycle somewhere around 2000. I don’t remember the month. It isn’t important.

The truth is, outside of a pedal stroke or two in front of my house, I never got started. The bike was old. I picked it up in a yard sale so there was no real motivation.

Eventually I decided to up the game and bought a Hybrid. It’s a little heavier than an road bike but a little lighter than a mountain bike. You can use it on or off road.

Sounds like a good idea but I don’t recommend it.

All my riding was on the road. I couldn’t help but notice that road-specific bikes were sleeker and seemed to be faster. I was constantly wondering how much better I could do with one of those. I eventually got rid of the hybrid and invested in a road bike, and then discovered that the grass really isn’t that much greener.

Light or heavy bike, it didn’t really matter cause I rarely did any training. I was the proud owner of several bikes before I was serious about what really mattered. But I finally figured that out.

What made the difference for me was I started entering races. I learned that you need more than a bike to do a race. You need training.

The problem is I didn’t learn that lesson very quickly. I painfully completed four races before the penny dropped. It wasn’t that I never trained, but I definitely didn’t train enough or the right way.

Keep in mind that I reached this point about eleven or twelve years into my cycling adventure.

It was then that I took a definitive step. I joined East Coast Cycling Club. It was a beginning. From there it’s been only up. Not quickly, but up none the less.

Here are the reasons why group rides with East Coast can also make the difference for you.

This isn’t about being the fastest rider in the club or achieving a podium finish in the next race. It’s about getting fit. Anyone can get fit even if they never enter a race.

The benefits are great. You sleep better, have more energy and have a better outlook. Cholesterol, blood pressure and sugar levels are easier to manage too.

Eating the occasional slice of cheesecake doesn’t leave you feeling hopelessly addicted to anything that tastes good. You’ll burn it off the next week.

Everyone does better in a group. That is particularly true with cycling. You can save as much as 40% of your energy by drafting. That’s critical since the whole idea is to ride longer rides.

Riding in a group helps the individuals in the group save energy.

You ever wonder why cycling kits are so garish? The answer is simple. They’re easier to see. Cyclists don’t wear camouflage! They want to be seen.

In addition to loud colors, numbers helps too. The bigger the bunch you ride in, the more visible you are. I can’t speak for other clubs but East Coast is really good about keeping the groups together. They keep head counts and have designated regroup points on every route to make sure no one gets left behind.

Cycling is a sport. It’s only natural for competitive juices to surge, leaving folks behind but East Coast has a good mix which includes some of the nicest, most patient people you’ll meet anywhere.

You never know who you might run into on a ride. And you never know what ill intent they may have. Thieves think twice when their target is surrounded by several lean, mean cycling machines.

In nature, animals run in packs for safety. East Coast has the same mindset.

Their is an etiquette in cycling that you won’t learn outside the group. Vocal warnings and hand signals help everyone avoid debris, pedestrians and other problematic situations. A group is like a classroom on the move. You learn how to respond from others.

Some days you don’t want to get out of bed or off the couch. It happens to everyone. But not to worry. Motivation comes from the group. They pull you into action and you move forward.

There also the motivation to improve. The biggest competition is the one you have with yourself but it helps to have additional reference points. There is always a good reason not to get any better than you are when you’re working only against yourself. When you’re in a group and those around you improve, it gently pushes you to improve to.

East Coast organizes weekly rides and notifies everyone of where the rides are going and whose leading. It’s motivating.

Here’s how it works in a club. On your bad days, you depend on the group. On your good days, the group draws from you. It goes both ways and you learn what it means to be responsible to the group.

East Coast has a fair number of high performing cyclists but what makes the club elite is not the average pace of the riders but the wide range of abilities. There are four groups – A, B, C and D – separated by ability and by how hard a person wishes to ride on a given day.

I strive to maintain B level of riding but will often ride with the C’s, just because. Why not?

Whichever group you’re in, there is no shame. D riders are respected and encouraged just like anyone else. There is even discussion about starting an E group for absolute beginners.

East Coast also caters for great variety in age. Younger riders regularly contribute to the rides and youth are encouraged to get started with East Coast.

Durban is one of the best places to ride. The number of possible routes to chose from with varying levels of difficulty is endless. And East Coast is great when it comes to route diversity.

In addition to regularly weekly rides, the club organizes one long ride a month, which usually includes some hefty climbing, with clear directions, follow cars and extra food and liquid. What’s not to like about that.

These are routes that the average person would never attempt on their own, and they present both an opportunity and a challenge. An opportunity for established riders to push the boundaries. A challenge for those that might not be ready for such rides just yet to work harder.

The social side of cycling is written into the DNA of East Coast Cycling. The members watch out for each other during the rides and they share a coffee at the end of the rides. It’s something to look forward to.

They chat during the rides too, when it’s safe.

I would like to think they contribute to good will. I haven’t always lived by this rule myself – everyone is tried occasionally – and I’ve met a few cyclists who didn’t fit this description but generally cyclists are friendly, polite, sometimes entertaining on the road and those things always make everyone better people. You get what you give.

Easier To Start In Numbers

Not sure what to do next? Don’t wait. Navigate to the East Coast website. Look around the site, send an email and ask your questions. Cycling is great fun and you get fit too.