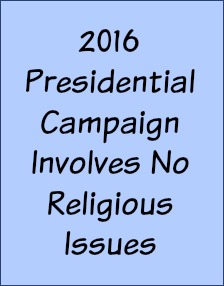 There are two things that every person should understand.

One is that Jesus saves. Not by accident, not occasionally and not under protest. He wants to save souls. You could say He loves to save and He isn’t alone in that sentiment. Heaven rejoices when just one soul repents.

A second important truth to understand is that Jesus believes in people. I didn’t say He loves people. He loves them, yes, but one of the ways He shows He loves them is by believing in them. Believing in a person is the strongest way to say I love you.

We use the word “love” all the time and we love many things. Saying you love some person or group of persons is culturally expected and politically correct, but it is neither real nor convincing till your actions say “I believe in you!”

Of these two understandings, the most important is the second, believing in people.

Only Jesus can save a soul and only Jesus knows absolutely who is and who is not saved. But, even though I can’t save a soul, I can believe in people. You can too. Any person can do this.

Unfortunately, we don’t do this as well as we should and I will admit that it isn’t easy to do. It’s easy to believe in charming people. Extraordinarily capable people inspire belief. Thinking of these people as can-do requires little faith. Ability, confidence and potential ooze from them.

But the idiots and jerks are another story. Those are the ones we struggle to believe in. In fact, the apparent inability of our peers – the turkeys – is often used as an excuse. We don’t soar because we are surrounded by them. It’s their fault, which means we don’t believe in ourselves either.

One situation that demonstrates the problem is in personal differences. When we differ, we drift apart and then we feud. Varying perspectives don’t just fail to align, they become enemy lines. The middle ground becomes a chasm, and the chasm widens: me or you, us or them, acceptable or unacceptable, good or bad, our side or their side.

Anyone on the Us side and by that I mean my side is never thought of badly. Because they are Us, they are never Them and therefore always considered good. Completely. Any other faults don’t factor.

There is no rule for where you draw the cutoff line between acceptable and unacceptable other than, “Are you one of Us or one of Them?”

But in God’s eyes there is only one category.

For ALL have sinned and come short of the glory of God. Romans 3:23

Another problem is our rigid either/or way of thinking.

Humanly speaking, every trial calls for only one of two conclusions: guilty or not guilty. And in reality we’re not even that balanced.

We’re familiar with the concept, “innocent until proven guilty” but that’s not how we feel.

When an offense occurs, the popular first impulse is to draw blood.

Painstakingly finding and analyzing all the evidence before drawing conclusions requires a lot of restraint. We have to hold ourselves back.

In fact, it isn’t unusual for anyone charged with a crime to be tainted for life regardless the verdict.

Even the smallest infractions transform the offended person into a vicious, teeth-showing, blood letting avenger. That scenario plays out in courtrooms everyday.

One side – the offended – wants full and complete, break-every-bone-in-your-body justice, and the other – the offender – wants exoneration, or at least understanding.

Defense Attorneys fight for acquittal, which isn’t exactly salvation since the taint never washes off, but taint or no taint, I’m sure acquittal feels like salvation.

The prosecutor represents the opposing side, speaks for the state (public at large who are more inclined to believe you’re a criminal than not), is convinced of your guilt and bent on your destruction. Prosecutors are emotionally invested in your conviction. They are hired to prosecute criminals and once they get their teeth into you, there’s no looking back.

Acquittals are not happy endings for prosecutors. They reflect badly on their record. Your conviction is their only concern.

The judge, a third party, doesn’t help. Judges represent and love the law and they, like the law, are not forgiving. Merciful maybe, but there is no guarantee. Their only concern is cold, mechanical, logical argument.

The accused is a public spectacle.

Everyone and everything is questioned.

The point is that courtrooms, the stage where the judgement-vs-salvation issues play out daily, illustrate the natural conflict between these two ideas.

We see it as either/or. The tension between the two is engulfing.

I’m not saying this isn’t understandable. What I’m saying is, understandable or not, our attitudes and responses toward offences colors the landscape of life indelibly. Perceptions of self and others are changed forever.

This is where politics enters the picture.

I don’t know if it’s a shallow public or manipulative candidates – or maybe both – but voting is often influenced by one or two Right/Left ideologies.

Nixon fabricated the Forgotten American – a law abiding, church going citizen with whom he identified – to increase his ratings. He more than any other president did this. He was probably the first.

But, even though he retained membership at the East Whittier Quaker assembly his entire life and he made reference to conversion in Billy Graham’s magazine, Decision, there is no record of his attendance at the Quaker meetings. There was little evidence of spiritual depth in his life. Not enough to hang your hat on.

He bolstered the churchy image while in office by emphasising prayer. It was a ruse, but conservatives never saw him as anything other than Us even when he was forced to resign from office.

I’m not suggesting his presidency was a waste. He accomplished some good things but he got the opportunity to do that by playing on sentiments he didn’t personally live up to.

This approach worked so well that every right winger since has employed the tactic. Which Republican candidate hasn’t ridden the conservative hot-button issues into office? But how many have done anything about those issues other than give a bit of lip service?

The Clinton/Trump campaign is particularly interesting because neither candidate identifies with Pro-Life, Traditional Marriage or any other religious issue. For the first time in decades, we’ll have to vote based on other measures.

For the first in a long time long we’ll have to think through all the issues carefully to pick the right candidate. I think it’s great! Exciting times!