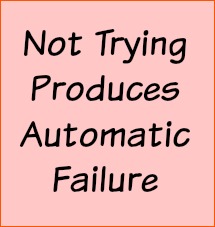 Success is something everyone wants, but what is that? It can mean many different things.

Success is defined as the accomplishment of one’s goals and it applies broadly to any person and any kind of goal, from virtuous to diabolical.

We also define specific areas of success in different ways. Financial success for one person may mean having enough wealth to sustain a certain level of status. Another may feel successful just to be quietly secure.

Success has a lot to do with how you feel about yourself and your situation.

But however you define success, some tools are exactly the same for those who achieve it, and one of the most important tools is your mindset. Your mental outlook. How and what you think.

In short, how you see yourself and the world around you matters.

Mindset Is Not A Personality Trait

You’re not a victim! Mindset has little to do with personality traits. Quiet people don’t need to become flamboyant fountains of effervescence to be successful.

Positive can apply to both extroverts and introverts. How naturally loud or vocal a person is, is not a reflection of mindset.

There may be genetic factors involved, but all things being equal, a person’s outlook is shaped by childhood relationships and experiences. And how you think really does matter.

Humans Are Wired For Achievement

First of all a few thoughts on human achievement. We are engineered to succeed and are more than capable to do so.

Just think about how we came to be. We started as nothing more than a microscopic ball of embryonic cells enveloped in fluid. Then, over the next nine months developed into a breathing, eating, flailing, screaming – not to mention peeing and pooping – 7 pound infant.

That oft repeated cycle indicates that humans are wired for change.

Which means, of course, that whatever the ultimate purpose of any individual’s life, change is a big part of the formula.

If you’re not convinced, remember that in many cases that microscopic nothingness eventually becomes a brain surgeon or heart surgeon or astrophysicists. The one constant is that many layers of change are involved in the process.

If you’re thinking at this point that that doesn’t always happen or doesn’t happen enough, you’re right. It doesn’t. There are no guarantees. So the question is, “Why does it happen for some and not for others?”

There are many answers but one factor common to every failure or success is mindset. How a person views him or herself and the world at large. The right attitude makes good things possible.

Parents Are A Part Of The Process

Another good question to ask is “Where am I now?” Am I positive or negative? Am I making progress or falling behind? Do I generally succeed or fail?

However you answer those questions, another consideration to make is how your parents factored into the mix. A child’s mindset is often the mirror image of the parents.

Like it or not, in many ways you have your parents to thank for who you are. You may not be your parents but what you are is at least a response to them. Were they hard or considerate, mean or gracious, aggressive or patient, generous or critical?

Your answer to that question can explain a lot about who you are.

But to be clear, I’m not talking about biology. Genetics is not the issue. The primary caregivers in your life, biological or not, are role models. Their attitudes become yours. Imprinting happens automatically.

To get started, you must first determine the image your parents modelled and how it bled over into your attitudes. You will no doubt find some good things and some not-so-good things. That’s the starting place.

I’m not suggesting you judge your parents. Judgment in this case offends them and offers nothing healthy to you. Blaming is never an answer. Think like Gandhi. Be the change!

Starting With The Negative

Unfortunately we need to start with the negative because everyone has a little bit of that in their life.

What that means is we have all been exposed to imperfect people, and have no doubt picked up on their faults. A little self discovery will reveal the warts. The question is, “How do we change that?” What can we do to avoid further decline?

Following are a few things you may be tempted to do but don’t cave. Each one is a waste of time.

One, Analysing What Didn’t Work

There’s very little difference between analysing failure and obsessing over it.

Analysing something takes very little time and is a focused exercise. Spend too much time with too little focus and you absorb the failure rather than figure it out.

Two, Doing Only What Others Think

Sometimes you’re both wrong. Occasionally, when the question involves a non-moral issue, you might both be right.

It’s fair to ask exactly why someone thinks your vision is wrong. Whatever objections they have should be factored in. Information and intelligence are not anti-belief.

But the primary belief system is your own. If you don’t believe, nothing happens. Others failing to see or believe in your vision is to be expected.

If you believe long enough, you’ll find others beginning to believe with you.

Doubting is the father of disbelief. That’s all it is.

Have you ever seen any statues or plaques memorializing doubt? Is anyone ever given an award for doubting? Has doubt ever been the theme of inspirational films?

Belief moves you forward even when frustration forces you in a different direction. Doubt stops you in your tracks. It is anti-progress.

Believing is what we do before a vision materializes, before a goal is reached and before additional understanding is gained. Once the vision takes form, belief is no longer needed.

The Wright Brothers believed powered, controlled, manned flights were possible. We no longer believe that. We just fly.

Belief activates only when there’s nothing material to touch. It inhabits the gray areas between past achievements and future glory. When you’re below the water level and still reaching, belief provides buoyancy.

Doubt is lead to the soul.

A person’s greatest accomplishment is not the goal they achieved but the belief they sustained to reach it.

Belief is always focused in the future. It’s moving toward a different reality. It extends. It reaches.

Belief isn’t big or small. You either believe or you don’t. You move forward or you stall.

It’s like nutrition. Little bits ingested daily is better than taking a whole bottle of vitamins when you become ill.

You don’t need large amounts of belief. In fact, all belief and no engagement makes you irrational and unbelievable.

You haven’t really believed something if you haven’t acted on it. James said:

Show me your faith without action and I’ll show you my faith by my action. James 2:18

Six, Comparing Your Abilities To Others

The most important competition is the one you have with self. “Can I be a better me?” should be the uppermost thought in your mind every day. Not better than him or her or them. You can change even if they don’t. You can change if they do.

Your change could be the catalyst for their’s.

Belief is encouraged by finding and developing your strengths.

If you do nothing, you fail. Trying doesn’t guarantee success, but not trying guarantees failure.

You can only succeed if you try.