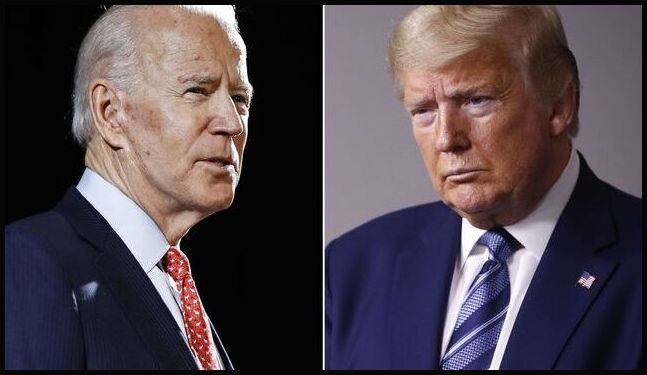 And I Still Won’t Vote For Trump

To be clear, I didn’t vote for Trump in 2016. I did predict that he could win the election but I was never convinced he was the right person for the job.

Most of my colleagues, many of my friends and a large number of family members did vote for him but that was mostly because he was Republican and some people never cross party lines.

I, on the other hand, have been a crossover vote ever since Nixon. His presidency was a watershed moment for me. He broke all the rules and did so while spouting religion. Fooled many people, even me but not after that. I concluded then that candidates must be judged on background criteria more than campaign soundbites. If the candidate has the qualifications and a good track record – not what they think, not what they say they will do but what they’ve actually done – he or she will get my vote regardless of party affiliation.

Does Trump have any experience? No, not even a little, other than contributing to political campaigns on the odd occasion.

I also didn’t buy into all the conspiracy theories about Hillary and Bill. If they were as guilty as Republicans suggest and all of our investigative agencies couldn’t find the evidence and bring them to justice, then we might as well hang it up. We’re done for.

I do admit that I didn’t agree with Hillary on every issue but that’s true for every candidate. And since candidates are usually saying what they think we want to hear anyway, the only metric to go by is their track record.

These are important questions and Trump scores on the wrong side in every case. I don’t trust him and, given his unpredictability and vindictive nature, I wouldn’t be surprised if he provoked the next world war. For me, there are no qualifications in Trump’s resume that make him a viable candidate.

Some think business experience qualifies a person for the Presidency and, therefore, assume Trump is a good choice but I’m not so sure about either idea.

It is true that Trump has been entrepreneurial for many years. The question is how successful has he been? Is he really rolling in money or just hocked to the limit? Is the cash flow a waterfall or just enough to cover a very high monthly? We can’t answer that question without having a look at his tax returns but so far, he’s blocked all attempts to view the evidence. That makes me think he’s hiding something.

But let’s assume for argument sake that his business ventures have greatly succeeded and he’s floating in money. Does that mean he is automatically a good choice? Again, I don’t think so.

Governance is not a financial balance sheet and doesn’t involve making money.

The government allocates money it doesn’t make it. It receives money through taxation: individual tax, payroll tax, fees, duties, excise tax and so on, and once received, the money is divvied up. You know these things. I’m not revealing something new.

What is important to note is that the primary aim of this process is to create an infrastructure, an environment that provides opportunities for the greatest number of people. If the government is succeeding, there should be an increasing number of prosperous lives across all segments of society with each successive administration.

The government isn’t building wealth. It is creating an environment in which individuals are enabled to build wealth. When it works as it should, individuals and the businesses they run make more money and in turn pay more taxes. It’s a good system but there is no direct connection between making the money and receiving the money.

What that means is that the government’s function is largely philosophical, legislative and philanthropic so maybe a businessman isn’t the best choice for the job.

Also remember that in government:

Not-for-profits are closer to a business model than a governance model.

The bottom line is that even if Trump were a great businessman, that alone wouldn’t make him the best candidate for the job.

Two qualities that every candidate should display, though, and ones for which Trump shows very little capacity, involve legislation and diplomacy.

America is a nation of laws and, to borrow from the words of Jesus, laws exist for people, people don’t exist for the law. If laws don’t represent and protect all the people, they cease to be fair laws.

That’s another important issue: fairness. Fairness is the brother of grace. You could say fairness is grace in action. We need to talk about it more.

Laws that are fair are written and enforced for the good of the nation – meaning people – but it’s only good for the nation when those laws represent every group and every individual. One question each person should ask is:

Can the candidate under consideration represent every interest group in the country fairly?

This is not about the candidate’s religious beliefs. It’s not about gun ownership; do they own a gun or not. It’s not about their views on sexual orientation. It’s not even a question of how moral or immoral they may be personally. Many Presidents have been immoral and yet were great legislators.

The most important question of all is can the candidate be fair-minded, understanding, open to different perspectives and courageous when writing legislation. JFK proposed the Civil Rights Act and signed it with his blood. It was difficult to propose and even more difficult to sign into law but it was right to do. He did it and it probably cost him his life.

A quick word about religion.

The Pilgrims were running from Christian-on-Christian oppression. Tolerance and diversity was the point of their journey. They wanted the freedom to be Christian in a way the State version of Christianity did not allow.

People still want that today, the liberty to be religious in the way they wish to be religious, or non-religious if that’s their choice. Religion can’t be forced and democracy is the best atmosphere in which faith seeds can be planted without pressure and nurtured without interference.

A great democracy is made up of many points of view. A good citizen is not one who has religion or doesn’t have religion. A good citizen, who happens to be religious, may subscribe to one of many different faiths. Even non-religious individuals – also good citizens – come in many different flavors. A great legislator considers them all when writing laws.

Writing laws for the good of every person regardless of race, ethnicity, religion, sexual orientation, or class is the mark of a good legislator. Legislators won’t agree with every constituent but they are sworn to represent the best interest of each one whether they agree with them or not. There’s no place in government for bigots.

Although the word is often associated with “compromise,” diplomacy’s meaning is quite inoffensive:

Tact or skill in dealing with people.”

Can we all agree that’s a good thing and is it not obvious that Trump’s nature is the exact opposite of a diplomat’s? To be sure, there’s no sin fault to being born without a diplomatic nature but harrowingly foolish to put a natural-born cage fighter in a position that requires great diplomatic skill.

Diplomacy can be a learned skill but changing a person’s well-established nature to something completely opposite is like an addict learning to give up his or her drug of choice. Natural aggression will not give way easily to expressions of tact. It might be best for those skills to develop before we vote someone into office.

Cage fighting may be entertaining but the Oval Office is no place for that to happen.

Diplomacy can be the difference between settling an issue peacefully or creating unnecessary friction. Diplomats avoid wars. Non-diplomats foment war.

John F. Kennedy is a good example. He avoided outright conflict in the Cuban Missile Crisis because he patiently, calmly and deliberately considered all the options and kept the lines of communication open. Diplomacy!

The person who agitates, insults, threatens, acts impulsively and dismisses assistance is not a diplomat and won’t make progress. All Presidents have teeth. The difference is diplomats are defined by how effective they are without teeth.

If I wanted to win a bar fight, I’d vote for Trump without hesitation. But our country is much bigger than a bar and I’d rather move ahead without war if possible.

Vote for Biden. He’s a great legislator and an incredible diplomat.