Please note that I didn’t say faith is formed in spite of wobbles but rather it is formed through wobbles.

Wobbles are the exercises that faith goes through to grow and Abraham exemplifies this truth.

The Bible says of Abraham that he was strong in faith, and yet it records his many foibles. It makes you wonder.

You could almost define Abraham by his wobbles so we need to qualify what strong in faith really means. But first, what it doesn’t mean or what the Bible doesn’t say.

It doesn’t say he had enough faith, as if faith is something to keep pumped up. Abraham didn’t go through hyping exercises each morning trying to achieve a faith-state mentally.

It doesn’t say his faith was big, as if it comes in sizes, the implication being faith only works when it is big. If faith was measured by size, we would have to say his was often just as small as it was big. Size wasn’t an issue.

It doesn’t even say that his faith was strong. It says he, Abraham, was strong in faith. That is a significant distinction. Faith is just faith. It’s a tool. We use it – or not – as much as we will.

Many people have handyman tools they rarely use and are dangerous on the odd occasions when they do. Maybe faith works in a similar fashion.

Not only is Abraham credited as being strong where faith is concerned, he is also referred to as the example for all those who follow. That is, he is the father of faith. This is very interesting because, as I said: END_OF_DOCUMENT_TOKEN_TO_BE_REPLACED 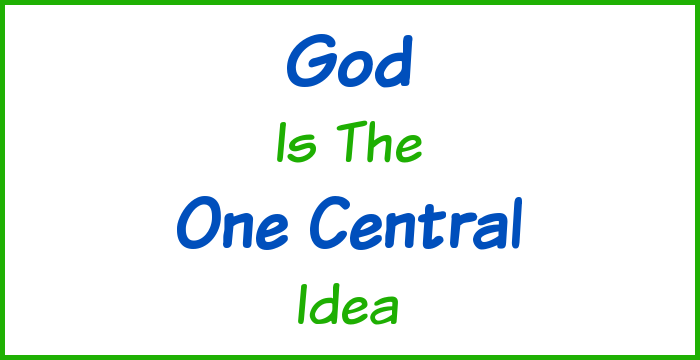 “Where did Abraham get the idea
there was only one God?”

It’s not a surprising question given the polytheistic nature of today’s religious scene. Coming to belief for the modern individual is like shopping for just the right outfit only worse.

There are many different gods to choose from and once you settle on one you still must wade through the many different conflicting ideas popularized for the one you choose.

You’d need a guru to lead you along. Trying to keep track of it all is near impossible.

But did Abraham have the same problem? Are we to assume he also faced an endless list of gods?

The world was polytheistic in Abraham’s day for sure but rather than ask where Abraham got the idea of one God, a better question might be, “where did the multiple-god idea originate in the first place?”

We mustn’t assume that what we observe today was always true.

For example, where would Abraham, in the dawn of human history, get the idea there was only one God? Did Abraham coin the concept or did monotheists predate him and pass the idea down?

The evidence indicates the latter is true.

Abraham and his ancestors were familiar with only one God. There was no reason for him to expect there to be more. Only an overactive imagination would lead him to think otherwise.

And apart from what Abraham’s ancestors experienced and believed, is there anything in nature, in his day or ours, that suggests polytheism is true?

Is there any reason to believe that the control of a universe too vast to measure could be managed better by disparate, sometimes antagonistic multiple gods rather than by one?

Since Adam and Eve, and those who came after only dealt with one God, maybe we should see polytheism as the outgrowth of: END_OF_DOCUMENT_TOKEN_TO_BE_REPLACED 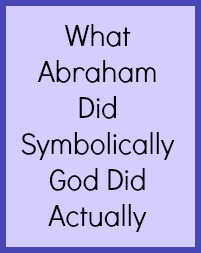 This Represents The Last
Recorded Interaction
Between God And Abraham

Skeptics get a lot of mileage from Abraham going through the motions of sacrificing Isaac, especially since God was the one who requested it.

The whole thing flies in the face of morality as we understand it. Not only did Abraham prepare to execute his son but God is complicit, ordering what can only be viewed as ritualized homicide.

Atheists, who claim no need of guidance from a higher power and would eradicate the Bible’s influence if possible, find the whole thing appalling, at least for the present. But can any atheist really claim neutrality? Are any of their ideas completely free from God’s influence?

Since the Bible says a lot about protecting the rights of children even their indignation at Abraham is a by product of outside influence, namely the Bible.

There’s no telling what injustice they might rationalize should they succeed in erasing Christian influence from humanity, if such a thing could be done.

They, of course, are capable of logical thought but their rational abilities are not well exercised when it comes to events in the Bible. Because they don’t believe in God and aren’t dispassionate there is no reason to expect them to investigate biblical matters with a serious mind.

That is an important observation because these events didn’t happen yesterday and the further removed they are from the present the less likely atheists are to consider relevant cultural details. Social trends in Abraham’s day, for example, were very different to ours. In his day:

None of that means Abraham thought human sacrifice was acceptable. It wouldn’t have been a test if he did. There is no reason to think he would have considered such a thing if God hadn’t suggested it.

When informed that Sodom and Gomorrah would be destroyed he prayed fervently that God would spare them even if only 10 righteous souls were found there.

Obviously, he was thinking of Lot and counting on his influence being strong enough to protect his family from Sodom’s corruption but the count was off. Only four righteous souls were found but his prayer does reveal what he thought of Sodom.

The depravity of Sodom and Gomorrah is well known so I won’t elaborate but Abraham’s prayer at least illustrates his very poor opinion of local morality. He nor his immediate family would have seriously considered adopting the life style of Sodom which no doubt endorsed human sacrifice.

When God instructed Abraham to sacrifice Isaac he knew this was extreme and sadly, when Abraham acted on the instructions he wasn’t looking over his shoulder. Any neighbors watching would have considered it a normal, natural thing to do.

He didn’t have to do this on the sly. At the very best, locals would have considered it none of their business and wouldn’t have interfered.

In this case, however, atheists’ treatment of scripture is motivated more by disdain for God than cultural accuracy. Reading the text superficially, they accuse God of being a Tyrant and Abraham of psychosis, cowardice and insensitivity, actions that provoke indignation.

But are they really being indignant or confusing critical thought with emotional manipulation? END_OF_DOCUMENT_TOKEN_TO_BE_REPLACED 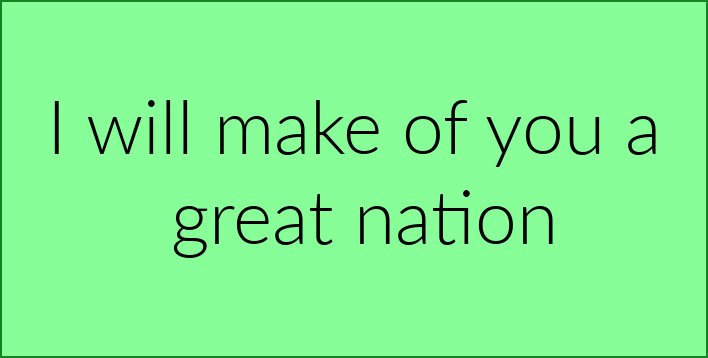 The neighborhood in which I grew up was very middle class. We had all types living there from professionals to laborers but everyone got along, at a distance, and it was “safe.” There were no drugs or serious mischief of any kind and the parents let us kids romp freely without worry. We rode bikes in the street (very little traffic), played baseball or football, depending on the season, and we even had woods and a creek nearby that gave us many opportunities to do a bit of safe exploration.

Our street was a long slow curve the ends of which attached to a moderately busy throughway but we always felt comfortably isolated from the mainstream. From our neighborhood, we could see the world without being in it and yet we were very close to every possible amenity. Within two minutes “walk” we had a drive-in theatre, a children’s hospital, a church, a community hall (we had Cub Scout meetings there) and just a bit further away was an orphanage (with a dairy farm), a well-developed shopping center and most of the kids could ride bikes to the local elementary school. It was a nice neighborhood situated close to everything you might need.

From the age of 8 to 16 I lived some of the most formative years of my life in this neighborhood. It was there that I developed some of the closest friendships I ever had and experienced many personal firsts: kiss, smoke, caught a fish, fight and there are a few I won’t mention. That neighborhood molded the perspective I have on life and the world. Even today, many years later, my experiences there are still the reason for many of my idiosyncrasies.

The one interesting thing about this neighborhood was the presence of several Jewish families. I recall at least six but there may have been more. Of the six, two lived on either side of us. The Rothenbergs lived on the left and the Aptakers lived on the right. We were close to these families. The kids from all three houses played together. The adults talked across the fence. My dad and Mr. Aptaker often discussed their common interest in gardening. From my youthful point of view I thought they were the only two people in the world who could enjoy gardening. I’ve since learned there are many other people with this same affliction. END_OF_DOCUMENT_TOKEN_TO_BE_REPLACED

In a previous post I began responding to an atheist’s (TL) criticisms of certain Bible stories and the first one focused on Jesus’ response to the Pharisees and Herodians when they queried him about Roman taxation. TL suggested Romans were the enemy and Jesus’ response was collaboration. You can read his arguments here and my response here.

Since atheists are not believers and usually judged as indifferent by those who are, some might wonder why I bother responding. It might seem like a waste of time.  But, the truth is, an atheist will often ask openly what believers only wonder about quietly. And these questions need to be explored.

It is only the fearful and insecure that react defensively and run.  So, we should be thankful the criticisms are made and diligent in our efforts to think through them.

The next criticism (number 2 on his list) involves God’s handling of the Egyptians during the Exodus, particularly in the matter of the Passover. You are probably familiar with the story.

At midnight on the evening of the Passover any family who failed to comply with the ceremony (evidenced by no blood on the door post) suffered the death of their firstborn child as well as the first born of all cattle.

Cattle were included because the bull was the Egyptian symbol of deity and owning cows was a symbol of status. In response, TL accuses God of terrorism. His words…

Terrorism is good if God says it is

In developing his argument he makes several observations some of which are misaligned with the facts and others just plain miscalculated. The arguments are: END_OF_DOCUMENT_TOKEN_TO_BE_REPLACED