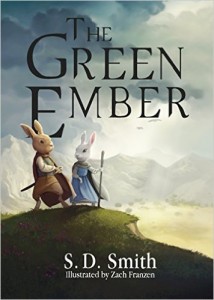 Designed For Children
Written For Everyone

is a great story written well. Rabbits are the heroes, wolves and hawks the villains.

The story is full of intrigue, adventure, action, mystery, surprise and struggle, but with a good mix of humor and playfulness. Written for children but in a way adults will enjoy.

The characters (the good guys) depict personal growth, sacrifice, humility, loyalty, trust, wisdom and dedication. The bad guys do what we expect bad guys to do. The story encourages us to visualize, believe in and work toward a future we cannot see.

Problems are created and resolved. Empathy is felt for those being wronged and disgust for those causing it. You’ll easily recognize and identify with the characters: the strong, the weak, the frustrated and the struggling.

A few phrases I loved: END_OF_DOCUMENT_TOKEN_TO_BE_REPLACED 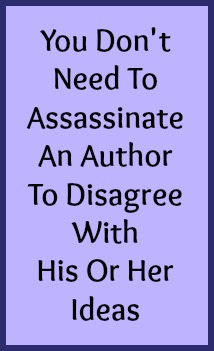 Reviews Are
The Lifeblood
Of Book Sales

Amazon’s online review portal provides a great benefit for anyone looking to buy books but only because people say what they think.

And anyone can write a review. Anyone! The only qualifications are you bought – or borrowed – the book and read it.

But as with anything in life, there are Do’s and Don’ts that every reviewer should keep in mind, especially when it comes to books. Several are listed below.

These guidelines apply mostly to non-fiction but can be modified for fiction. END_OF_DOCUMENT_TOKEN_TO_BE_REPLACED 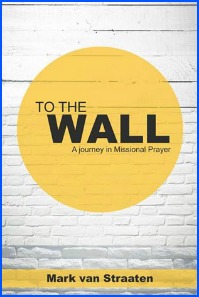 A Well Said Point
Is Worth A Thousand Words

Pure prose, even when well written, can easily become long winded which in turn stifles rather than stimulates the thought processes. We’ve all been there.

That may be the reason poetry became so popular. It says a lot in very few words and very graphically. It’s hard not to like. But, theology doesn’t fit too well in poetic rhyme. It needs definition and explanation.

In recent times, however, the art of taking long drawn out, slow building concepts and encapsulating them in a few carefully chosen words has become popular. It is one way to reduce a big idea to one easy to remember sentence or phrase. That’s the idea behind headings also.

Mark does this often in “To The Wall” and I thought I would mention a few to give you a glimpse of what you can expect. END_OF_DOCUMENT_TOKEN_TO_BE_REPLACED

Not Religious, Not Ceremonial
But Prayer In Action

Mark van Straaten, the author of To The Wall, is a friend of mine. Our paths crossed a few years back at a pivotal point in my spiritual journey. I had finally caught on to the fact that God wasn’t restricted to using only Baptists and some of His “other” servants could be quite effective and very decent people. The story of how I got to that transformation is too long to tell here, and really isn’t the point, but my next step following that realization was to venture out and make contact.

At the time, Mark happened to be one of the more prominent non-Baptist pastors in my area so I decided to ask him to join me for a cup of coffee. He agreed and for me it was a friendship from the start. His ministry was thriving when we first met and it’s still going strong today.

Since Mark is a friend, and someone I respect a lot, you might wonder how I could possibly be objective in a review of any book he writes. Well, it’s easy. Let me explain before I get to the book.

Over the years I’ve sat in many pastors’ meetings with Mark, and without fail, when discussions gravitated to topics more easily confused than explained, Mark demonstrated the uncanny ability, not to make a point or even make a good point but to put his finger on the one point that clarified the issue. He didn’t necessarily answer the question or solve the problem, he just put things in perspective. That’s useful since it is very difficult to do anything constructive with confusion.

Therefore, when I heard Mark had written a book, I wanted a copy. I knew he would make a point worth reading. 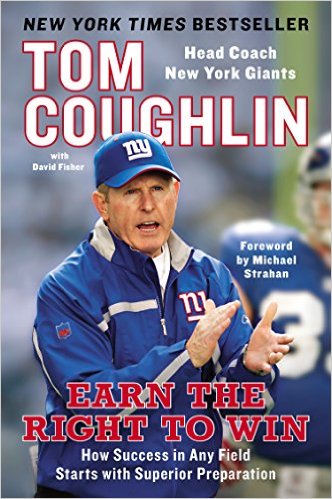 Preparation Is Key
In Every Detail

Tom Coughlin is the kind of guy that intrigues everyone. He seems a bit brash on the outside but his ability to win football games at every level consistently over a lengthy career, even the biggest game of all – not once but twice – proves he is more than just noise and bluster.

His second book, Earn the Right to Win, reveals just how deeply the stream runs below his turbulent exterior.

And in chapter 3, Success Is In The Details, you get a glimpse of how information-rich football is and how cerebral Tom is in mastering the game. Winning at football means processing endless details.

Tom, of course, isn’t focused only on football. His point in the book is that there is a correlation between the effort to win at football and what it takes to win in the rest of life.

Success, Tom says, begins with superior preparation and as Christians, we must believe that what is good for football success is also good Gospel success.

To appreciate the meaning of Tom’s point we need to first take a look at the complexities of football.

Football has one objective, score more points than the opponent, which seems quite simple until you look at the process. Football is no simple game and the proof is the many people who watch even several games and say, “I don’t understand.”

Get the FREE Kindle reading app for any device here.

The reality is, very few people completely grasp everything that it takes to run even one play successfully much less win the game. It really is that complex!