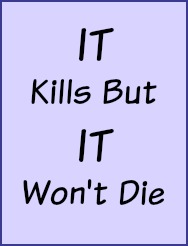 You Either Fight With
Or Against IT

Not him. Not her. Not them. Not that.

IT! That is the trigger. You need look nowhere else.

IT is the obstacle, the non-personal problem standing in your way. IT is that thing that says you can’t do better, you’ll only get worse so there’s no sense trying. Just give up.

And IT is universal. Everyone is plagued with IT. IT is the same for everyone.

IT looms larger for some only because they see IT, observe IT, discuss IT, name IT and believe IT, but they rarely get IT right.

IT isn’t outside you or around you. IT doesn’t happen to you. IT is not the kids, the boss, the wife, the school or anything you can see.

IT is not god but IT craves and feeds off belief. God wants you to win. IT wants you to do nothing. IT is inertia. IT opposes constructive activity of any kind. Circumstances may flatten you. IT works with circumstance to keep you down.

IT is internal, the little guy on the inside with the annoyingly persistent chatter. The whisper we magnify. But IT has no voice other than the one we give it.

And forward progress isn’t the only issue. The obstacle, whatever IT is, naturally moves us backward. The evidence of IT is self-absorption, self-satisfaction, self-pity and smug complacency. The fruit of IT is insidious decline.

IT is the reason we can’t lose weight, get fit, develop a new skill or reach the goal.

The problem is you can’t destroy IT. IT kills but IT won’t die. IT is always in the background. The trick is to never give in to IT, feed IT or believe IT, but don’t waste time or energy hating IT. IT fades only when we focus on the next step, the one IT doesn’t want us to take. 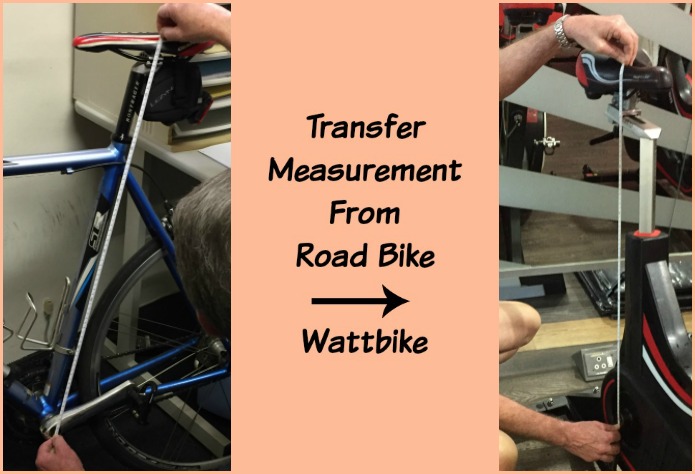 Set Up Is Easy
Training Is Sophisticated

To be clear, there are basically two options for indoor cycle training: stationary bikes or trainers. 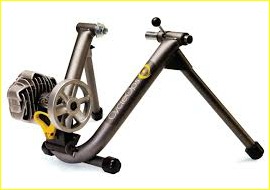 A Trainer is an apparatus – like the one pictured here – that allows you to train indoors using your outdoor bike whether it’s road or mountain.

The Trainer pictured here is CycleOps, which is one of the better brands, but there are many brands and styles to choose from.

A Stationary Bike is stand alone. It doesn’t attach to your bike and needs no other equipment.

Some bikes come with computers and some don’t.

Some are designed to mimic the feel of outdoor cycling and some not. That’s important because if you’re interested in augmenting your road training, you want a bike that produces the same feel.

One warning, though. If cross training is your aim, then stay clear of strangely designed bikes. There are better ways to cross train.

The Wattbike pictured above is considered the cream of the crop. It’s used by pros and amateurs alike. They are standard equipment in gyms these days but can be purchased for home use as well.

I only discovered this recently, but there seems to be debate over which is better: trainers or stationary bikes. END_OF_DOCUMENT_TOKEN_TO_BE_REPLACED

Only Two Steps
To Reinstall Cages

The newer Wattbikes are fitted with multi-pedals making it possible to use three different pedal styles: road clips, SPD’s and cages. Whatever shoes you have will work.

The best part about that is you can use the same shoes on the Wattbike as you use on your outdoor bike. You don’t need to spend money buying or setting up a second pair of shoes.

The drawback is, if you’re shoes have road style clips, the cages must be removed first. They use the same receptor.

That doesn’t sound like a big deal until you try to remove the cages for the first time. I eventually figured it out but not without making a idiot of myself and getting a little banged up.

To avoid the embarrassment and the bruises, follow these steps: END_OF_DOCUMENT_TOKEN_TO_BE_REPLACED 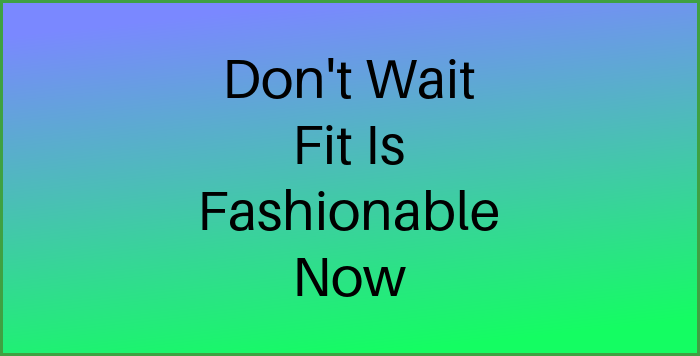 There’s a reason for the increase in numbers and it may be more than just a matter of preference. END_OF_DOCUMENT_TOKEN_TO_BE_REPLACED 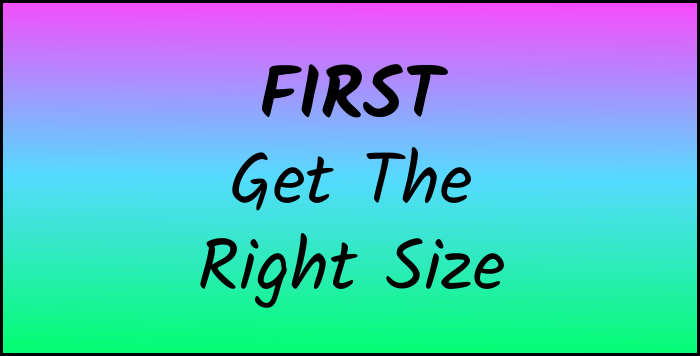 It’s A Matter
Of Science
Not Feel

There’s only one way to buy a bike. Intelligently! Due diligence is required.

The shop owner will help you, yes, but remember that he makes a living selling bike. He is a businessman, not a teacher. His primary goal is to move products. If he doesn’t, he won’t be around long.

To the unexposed customer, the most obvious way to select a bike is to try one out. Hop on it and see what happens. In fact, test-riding several bikes to find the ideal set of wheels is actually recommended by Bicycling.com, but I’m not so sure.

On the surface, that sounds like sage advice, but if you’re new to cycling you won’t know what to expect. END_OF_DOCUMENT_TOKEN_TO_BE_REPLACED