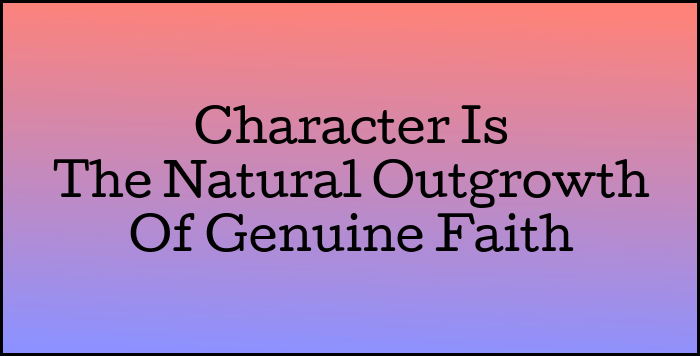 In his book, Love Wins, Rob Bell mentioned several things Christians should do. Many of those “do’s” involve social, charitable, environmental, and ecological activities and he was accused of teaching salvation by works because of it.

A first reading might give that impression but once you get over the initial “whaaaat?”, and you’ve had a chance to investigate further you realize Rob said nothing of the kind.

In fact, he made it quite clear that salvation is strictly a unilateral proposition. God’s part only, no human part required, except, of course, repentance and faith.

A couple of quotes to whet your appetite: END_OF_DOCUMENT_TOKEN_TO_BE_REPLACED 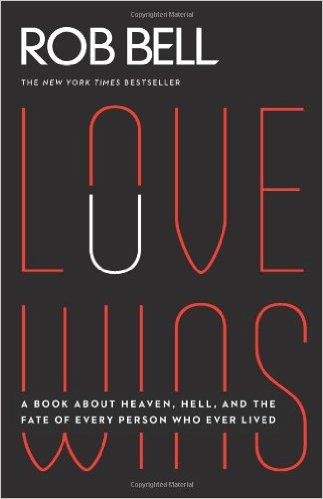 What Influences the Shaping of Character?

Good question and to answer it, following is a list of eight things that influence a person’s character but understand this. These things only influence character, they aren’t the final word on who you are or what you become.

Character isn’t decided for you or shaped apart from you. You, the individual, are a determining factor. Your character is shaped and defined by your responses, not fate.

All of these factors do, however, form the melting pot in which bad qualities are brought to the surface and hopefully replaced by the good.

I raise the question about character because Rob Bell in Love Wins suggests there is no immediate transformation at the moment of death from the flawed-you to a perfectly-complete and better you. The implication is, character continues to develop following death, so whatever character development you shirked in this life will be faced in the next.

Therefore, focusing more intently on developing character now – in this life – may be more important than convention suggests. A look at each influence can give us insight on what to expect and how to respond. The first item to consider is:

Divine Decree, aka, God’s Will.

I hesitate to use the word “Decree” because it is associated with a predetermined, unbending, never changing plan formulated for and imposed on every individual but God’s will, though unchanging, does flex. God does have a plan for each person’s life but it is not detailed to the nth degree and isn’t comprised of everything that happens to you.

Download the FREE Kindle Reading App For Any Device Here.

God knows every time you stub your toe – actually before you stub it – but He doesn’t plan these things. They happen, we react, He uses them.

God’s will is firm but not imposed. It is perfect but our ability to follow it is not. His will is constant while we waiver back and forth as the following illustration shows. God’s will must be ratified by human choice. Each person chooses to leave it or pursue it but God doesn’t force it down your throat or manipulate you into following it. When we make plan-warping mistakes God is smart enough and powerful enough to work around it. 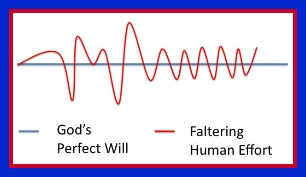 Although specific in many ways, God’s will is also general. That is, it applies to everyone in the same way. For example, every person is to love his or her neighbor equally and must cherish THEIR married partner only.

The important point to remember is: END_OF_DOCUMENT_TOKEN_TO_BE_REPLACED

In my last post I focused on character development in the next life, after death, and my ideas were motivated by Rob Bell’s book, Love Wins

. Rob made some interesting remarks about post-death character development for both Christians and non-Christians alike. What he said doesn’t fit comfortably in most theological schemes.

Conventional wisdom says death is the point at which all winning and losing is final. It’s a finish line not a transition, meaning, of course…

The saved will be transformed into a fully complete and finished 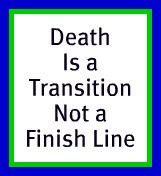 And the unrepentant are fixed forever in a state of never ending corruption and condemnation. There is no turning back, looking up, moving forward or thinking again. It is over, finished and done, for everyone.

But post-death issues isn’t the subject of this article. Character development is.

Get a FREE Kindle Reading App for any device (PC, Mac, Smartphones, Tablets) at Amazon.

Rob also emphasized the importance of building character in this life, so much so that some accuse him of teaching “salvation by works.”

Don’t believe it. The same people who twist Rob’s ideas about character, emphasize the development of character in their teachings also. The hypocrisy is, other than compiling long lists of things-not-allowed and projecting loads of shame on those who falter, they do very little to make a difference.

And, if death isn’t final and character will continue to develop in the next life then a good question to ask is, “Where will the after-life development begin?” The answer is obvious. It will start in the next life where you left off in this one. If you are 85% at death you’ll start there. If you’re only 25% you’ll start there, so the more you do now the less you will need to do later.

Rob’s ideas seem strange because popular teachings actually work against character development. Eternal security is a good example. Conservative theology teaches that salvation can’t be lost. Any character shortage at death won’t effect your eternal destiny. Your salvation is secure – eternal security. And, as I’ve already mentioned, these same schools of thought imply we will be upgraded to 100% perfection at the moment of death. If that is really true, why bother doing the hard work now?

If the good qualities I don’t develop in this life will be immediately added at death what real motivation is there to do anything other than hold on and wait?

Not too worry. I do believe in eternal security and I’m not suggesting Christians take character issues lightly but what is commonly taught doesn’t encourage follow through. It doesn’t make sense to teach “once-saved-always-saved-no-matter-what” and then suggest that whatever character is lacking will be fully added in the blink of an eye at death. Taken together, these ideas don’t motivate the kind effort required to build character in this life.

It is almost as if we are working against the very thing we want to do.

And we need character, both now and later. Every sensible person wants character, but the only ones who develop it are those who make a deliberate effort.

That’s why Rob’s ideas deserve a hearing. Post-death theologies are rather thin on character-reward issues. Ideas are generalized in the extreme and we are encouraged to have a “hold out and wait for it” mentality.

By the way, a great book on this topic is The 7 Habits of Highly Effective People, by Stephen Covey. Stephen makes the argument that good habits produce good character. He’s not alone. He defers to many others who said the same thing many times before in many different ways.

There are three questions to consider: END_OF_DOCUMENT_TOKEN_TO_BE_REPLACED 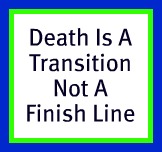 Will Character Development Cease
At The Moment of Death

Conventional theology says Christians will be completely transformed in the resurrection and this transformation will happen in a split second – in the twinkling or blink of an eye. Love Wins

There are, of course, several passages in the Bible that talk about transformation but before I share them, consider the following:

Everything: body, soul and spirit? Or just a few things?

Once transformed, will our bodies require or allow no more training? Will all physical skills development be unnecessary?

Do we lose our identities? If so, will we all look the same and think alike?

Or in other words:

Obviously, we need to define what we mean by “complete” transformation. Does it mean we have arrived – no more learning, growth or development possible – or does it mean all hindrances to future growth and development are removed? Will we continue to grow in the after life or does it come to a halt when we reach heaven?

If we didn’t learn to ride horses before getting to heaven, will we take lessons once we arrive? END_OF_DOCUMENT_TOKEN_TO_BE_REPLACED 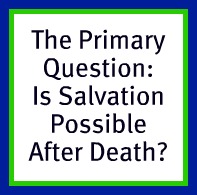 The Primary Point
Should Be The Focus

Net-wise Love Wins has received an unusually large amount of attention and much of it completely negative. The popular sentiment is, there is nothing redeeming about Rob Bell or his book: he is wrong, everything he says is wrong and the book is dangerous, in a word “blasphemous.” Even people who take an objective approach find more wrong with Love Wins

The responses are variations of…

It is rare to find anyone who agrees with Rob completely and those that do are a bit shallow. The agreement is expressed mostly on an emotional level. “I like Rob so he must be right.”

But! Does that mean the book offers nothing of value? Must we throw the whole thing out without deliberate consideration?

I hate to join the throng and I mean nothing condescending by this but there are a few points in the book that either aren’t clear or lack substantial proof. However, these issues don’t detract from the main point. They are secondary and shouldn’t be reasons to reject the whole.

For example, Rob’s discussion on the meaning of “aion” and “hell” throws a wrench into conventional teaching. He suggested that “aion” means only a period of time – beginning and ending – when applied to “hell” and therefore doesn’t mean “forever.” But…

Was Rob talking about hell the place, or hell the sentence?

To be honest, after a couple of readings and several scans I’m not sure. But…

If deliverance from hell is possible after death then maybe we should view it like the penal system. When prisoners are released, the prison isn’t demolished. It remains.

If salvation is possible after death then hell the prison will last a lot longer than a person’s time there. And since “aion” can refer to only a period of time then maybe there is an application.

That is really what I understood Rob to mean but whatever the case, many people took offense at these ideas and rambled on about them. All the noise surrounding this and other questions drowned out Rob’s most important point:

Death is not final and, therefore, post-death salvation is possible.

Rob may not be right about all the secondary issues but the primary question, which is foundational to every other idea in the book, remains and in chapter 1 Rob offered many thought provoking arguments to take it seriously.

Other issues questioned are:

None of these ideas, however, prove or disprove Rob’s main point.

Rob veered a long way from the mainstream on these issues, yes, but even if you take them out of the discussion you’re still left with the premise. To be fair, Rob was plowing neglected theological ground and covering a very large territory – charted but mostly ignored – in a short space.

And the implication is: If we accept the premise – death isn’t final – then many conventional ideas about life after death need to be revisited. Actually “developed” is a better word. Since most consider death final, what happens after death is considered a non-issue. Discussing it is grounds for dismissal and Rob’s experience is proof of that. It is the rare individual who has the courage to confront the theological status quo.

If there is anything to what Rob says then questions like, “How would a post-death salvation work?” and “Who in this life – regardless the religion they follow – will have a post-death chance at heaven” and “what exactly happens when these people die” need consideration and there are more: END_OF_DOCUMENT_TOKEN_TO_BE_REPLACED