Being Happy For The Right Reasons
Is Never Wrong

Does Jesus want you to be happy?

Yes, He does and there is no place where He makes the point more clearly than in the first part of the Sermon on the Mount, the Beatitudes (Matthew 5:1-12).

Even the word “Beatitude” is a bit misleading. It has a ceremonial ring to it and casts the pall of religious sludge over teachings Jesus intended to be refreshing.

Not only is the word not found in the Bible, it is stretching the point to call it English. It is a transliteration of the Latin word “beati” – meaning blessed or happy – and, to my knowledge has no other use other than referencing the first part of Jesus’ Sermon. Google it for yourself and see.

No doubt the word is still used today because clerics popularized it and their intent was anything but clarity.

Generally speaking all religions, including Christianity, are not known for showing a happy face but believe it or not, this word actually means “supreme blessedness or happiness” according to The Free Online Dictionary. Usual interpretations convey everything but.

Take for example the following statement by John Gill:

All mankind are spiritually poor; they have nothing to eat that is fit and proper; nor any clothes to wear, but rags; nor are they able to purchase either; they have no money to buy with; they are in debt, owe ten thousand talents, and have nothing to pay; and in such a condition, that they are not able to help themselves. The greater part of mankind are insensible of this their condition; but think themselves rich, and increased with goods: there are some who are sensible of it, who see their poverty and want, freely acknowledge it, bewail it, and mourn over it; are humbled for it, and are broken under a sense of it; entertain low and mean thoughts of themselves; seek after the true riches, both of grace and glory; and frankly acknowledge, that all they have or hope to have, is owing to the free grace of God.

This is Mr. Gill’s explanation of “poor in spirit” which was the first point Jesus made in His sermon. No disrespect intended but where’s the “happy?” I don’t even get a warm fuzzy after reading those remarks.

The sad part is many others sound just like him. There are minor differences in wording but the spirit is the same. END_OF_DOCUMENT_TOKEN_TO_BE_REPLACED 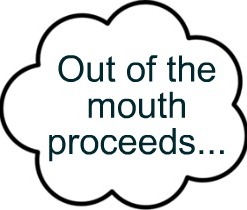 Anger was one topic Jesus mentioned in the Sermon on the Mount and the interesting thing is, He associated it with murder.

Before He made His famous remarks, a long history of anger-fueled violence had riddled the pages of holy writ going all the way back to the first family. It occurred often even in those early years and frequently resulted in the death of another person. It wasn’t peculiar to the so-called bad guys either. Some of the people who committed murder surprise us. 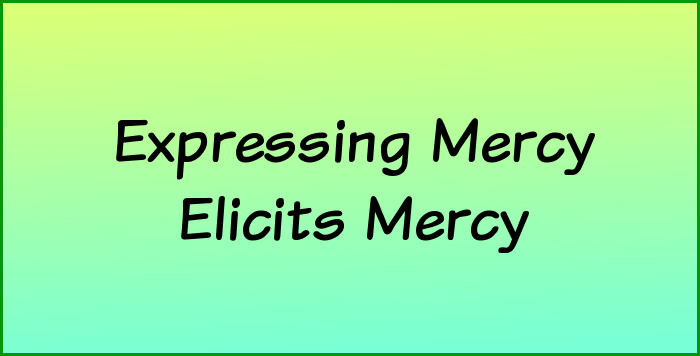 It is no surprise that Jesus mentions mercy in the Sermon on the Mount. Of all the characteristics attributed to God mercy predominates.

God was merciful to:

And there are many statements in the Bible which declare mercy to be one of God’s most outstanding qualities. It certainly is the one that most defines His relationship to humanity. END_OF_DOCUMENT_TOKEN_TO_BE_REPLACED

Jesus used very human sensations, hunger and thirst, to make an important point about righteousness and, at the very least His remarks suggest that we’ll never achieve it if we don’t develop a taste for it.

Blessed are they which hunger and thirst after righteousness for they shall be filled.

What that means is righteousness does not happen automatically.

“Hunger and Thirst” are naturally occurring biological indicators that need no conjuring. We don’t have to work at being hungry. Biology does that for us.

But, even though hunger develops very naturally on a biological level it doesn’t guarantee a taste for a nutritionally balanced diet. Hungry people eat anything and will often eat wrong things just because they are hungry. So Jesus was suggesting that the same intelligence and discipline we use to establish a healthy diet should be employed on a spiritual level also.

Just as sating your hunger can be done without meeting nutritional needs, cries for righteousness can easily be muffled with no regard for what is right.

The righteousness Jesus referred to was more than a personal matter or an abstract spiritual issue. It applies here, now and to everyone and there are, in fact, several observations to be considered about this pursuit: END_OF_DOCUMENT_TOKEN_TO_BE_REPLACED 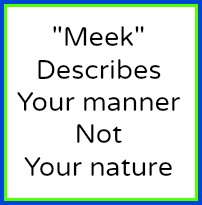 Jesus never used the word “success” but He didn’t ignore the topic either. Rather than throw the word around superficially He dug a little deeper and referred to the emotional outcome of success, which is blessed or happy, and He mentioned several things that would produce this result.

Being poor in spirit
Mourning
Being merciful
Being pure in heart
Making peace,
Thirsting and hungering for righteousness
And enduring persecution.

He also mentioned Meekness, which is what I would like to discuss here. END_OF_DOCUMENT_TOKEN_TO_BE_REPLACED