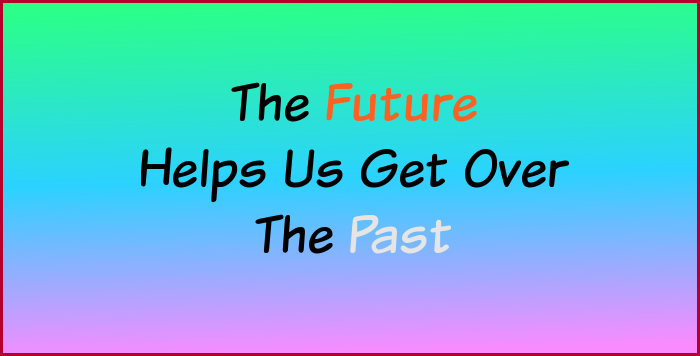 But It’s Human
To Be Curious

The Bible plainly states that God has foreknowledge. He knows what is going to happen before it actually happens and from a human perspective, we are fascinated by that.

We understand the concept but can’t possibly relate to that reality. We can fiddle with the idea philosophically but that’s it, and that’s kind of the point of this post. No human can know with certainty what is going to happen even in the next five minutes much less a year or more from now.

Other than conceptual awareness, foreknowing is completely beyond the sphere of human experience.

We might have an idea, even a good idea, how things will pan out but the difference between that kind of anticipation and knowing absolutely is light-years.

We can know the odds of winning but anyone promising a definite win is either lying or manipulating the circumstances.

When it comes to the future, humans are only capable of imprecise predictive knowledge. We are curious. God is neither imprecise nor predictive nor curious. He’s prophetic.

Our expectations are based on analysis, investigation, reasoning, and are largely influenced by hope. God is all-knowing. His rational capacities are never spent trying to figure out why things happen the way they do.

Humans anticipate multiple possibilities and plan for each one as best they can. We hope for desired outcomes but there’s always a degree of mystery. Nothing is guaranteed. That’s not a space God lives in.

What we don’t do, or at least shouldn’t do, is forget about the future and we shouldn’t just wait for it either.

The future is what helps us get over the past.

But what I’ve described so far is what humans experience. God does none of that.

God doesn’t make predictions because He already knows the outcome. He never spends time hoping for anything.

He knows what’s going to happen, to whom it will happen, how it will affect each person, and how we’ll respond. He knows all that. He knows exactly what our capabilities are and He knows what we’ll do to develop them and how effective we’ll be in using them.

Gravity, weather cycles, biochemical reactions are created and maintained by God. He maintains them continuously but He doesn’t micromanage our responses to these facts once we discover them.

I can know what foods I should eat but God doesn’t make me eat them. He doesn’t plan the menu, cook the meals, or make me sit at the table till my plate is clean.

I can choose not to breathe and God won’t intervene if I make that choice, but I can’t change the fact that I need oxygen. END_OF_DOCUMENT_TOKEN_TO_BE_REPLACED 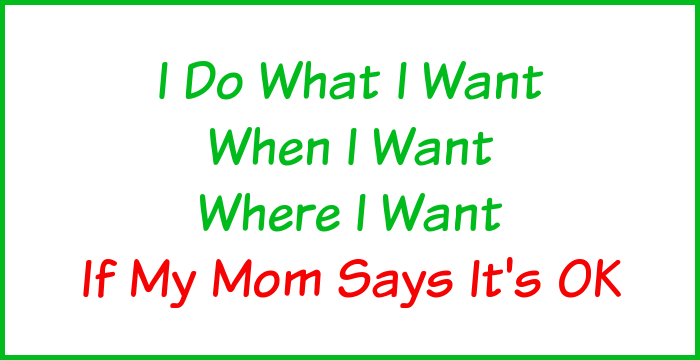 My MOM was married at age 17. She raised seven children none of whom are rich and famous but all of whom grew up knowing they were loved and cared for.

We did not attend church regularly until I was thirteen years old but I KNEW MY MOM Loved God and respected His Word. We attended a church occasionally that some of my Grandmother’s relatives went to, but it was not the church that taught me the most important lessons. It was my MOM that taught me to love God and be kind to all people.

When I was in the second grade, age 6, a friend at school talked about God and the Second Coming of Christ. I was intrigued! I hadn’t heard of these things before so I didn’t understand everything she said but it was only natural for me to ask my MOM about it. I don’t remember all my MOM said but I do remember her explaining to me that Jesus loved me and had died for all my sins. In fact, I knelt down by an old green footstool in our home and prayed and ask Jesus to forgive me and come into my heart and save me.

That was my first experience with the Gospel but my MOM was a constant example of all the things Jesus taught.

My MOM emphasized honesty, kindness, loyalty, hard work, finish what you start, faithfulness, respect, and even kindness to animals. I don’t remember her sitting me down and teaching me a lesson on any of those things. It’s what she was. Those values were reflected in her everyday life. She taught by example and her influence helped me understand that most of life’s lessons are taught more by example than by classroom instruction.

My husband’s MOM had many difficulties in her life. She and his Dad were divorced when he was in tenth grade. I unfortunately only saw her a few times but I am eternally grateful for the gentlemanly manners she taught her son.

She took pride in her appearance and taught her son to do the same. She also taught her son the importance of reading and words. He says that she, more than any other person, believed in him. It wasn’t that she said, “I believe in you,” but the fact that she expected him to learn and grow. When a mother expects to do well and treats them like they can, they begin to believe it too.

My dad tells me that he used to become frustrated when I was younger because he felt that he couldn’t get me to express myself. He’d ask blunt questions about my day and my experiences and I’d give minimalist answers. “Yes.” “No.” “It was fun.” I’d rarely dive deep into my feelings. My feelings were a quagmire that I could barely negotiate. I wasn’t going to let anyone else in there.

Mom was better at it; her approach less direct. I used to hang out in the kitchen while she made supper or baked desserts for bible study. She’d make leading statements and I’d confirm the things she already suspected. Her superpower, besides having a sixth sense that I still don’t understand, was that she was able to probe my brain without me knowing she was doing it. To me, we were just chatting about everything and nothing.

Moms, we teach by example. Children observe and take in so many things that we are not even aware of. Whether we realize it or not, we are teaching our children every minute of every day by the way we act and react to every situation.

It’s not just your words. It’s your tone of voice, the smile on your face, and the hope you maintain. And it’s definitely something to think about. 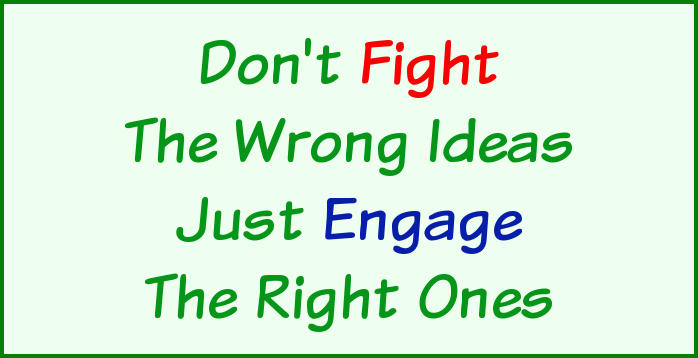 In my last post, I made the point that Peter’s failure, the reason he denied Jesus, was ideological. He was invested in ideas that ran contrary to God’s plan.

Failure was guaranteed. The only plan that works is God’s plan. Changing the details is like rewriting the Bible.

People, Christian or not, don’t see it that way. A little modification here or there can’t be that bad. That’s what Peter thought but he might have something very different to say if he were here today.

Fortunately, Peter did recover. It wasn’t easy. He had to work through a bit of guilt and despondency but he got through it. The question is did Peter learn his lesson?

Yes, but it took a while.

Jesus had a plan in eternity past, before the creation of the world. He knew exactly what would happen and what He would do and He did it.

He took on human form, He grew and developed in the way humans develop – except without sin, and died for the sins of the world.

That wasn’t what Peter wanted but it was the plan. Jesus made the plan clear to the disciples but there’s no evidence the penny dropped until after He rose from the grave.

Allusions To The Cross

He was talking about His body and the resurrection but no one caught on till after he rose from the dead.

Instead of getting it, they were confused. It went right over their heads. END_OF_DOCUMENT_TOKEN_TO_BE_REPLACED 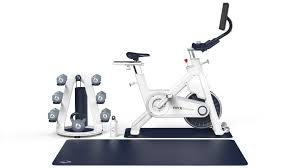 I’ve supplemented my road cycling with spinning classes for years. It’s possible mostly because bike adjustability is never a problem with gym bikes and it offers a quick, decent workout when you can’t get out on the road.

The pandemic, however, put a kink in my exercise plan. Once the lockdown was in place, gyms were out along with the spinning class. There were, of course, drawbacks to gym classes. The people were great but I always felt a little contaminated after a sweaty workout in a large, mostly unventilated room (petri dish). After COVID, petri dish notwithstanding, that option was no longer available.

What was I to do? The situation created a problem but it also pushed me to do what I’d been considering for quite a while: buy a stationary bike. Once that decision was made, however, I was faced with another more difficult decision: choosing the right bike. END_OF_DOCUMENT_TOKEN_TO_BE_REPLACED

The Toti 69er is an annual cycling race organized by the Amanzimtoti Cycling Club which offers variable distances: 19k, 69k and 94k. The race first started in 2002 and now attracts elite cyclists.

There’s no road closure but the route is marshalled so cyclists are catered for at intersections. The route is also monitored by emergency vehicles and CycleSphere provided service vehicles to help with breakdowns.

Members of my club, East Coast Cycling, enter the race each year and since I had the day off I decided to put my name in the hat.

It was different in several ways to the main races in and around the Durban area. The field was light. A total of 330 entered and there were a few no-shows on the day. To give you perspectve, 330 is less than one batch in the Tour of Durban or Amashoave. That could be good or bad, depending. END_OF_DOCUMENT_TOKEN_TO_BE_REPLACED