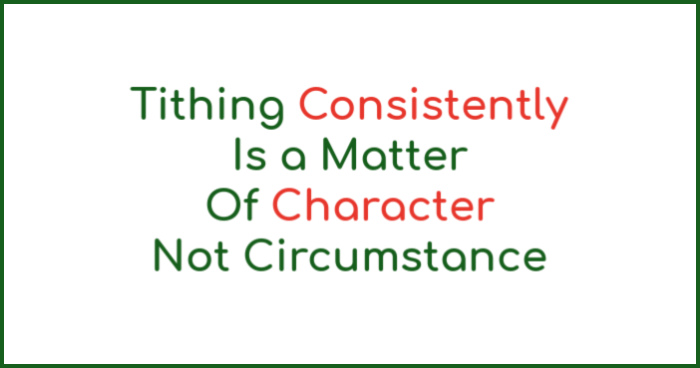 Society Views The Poor
As Destitute
Jesus Never Did

Not everyone is equal in terms of financial worth. They range from very wealthy to very poor and we usually relegate those who are the poorest to the category of “Non-Contributing.” In fact, we categorize people on the basis of their expendable income (upper class, middle class, lower class, and poverty) and we do this for all the wrong reasons.

We envy and are intrigued by those who have money, who seem to make it with ease. We are drawn to wealthy people but rarely for noble purposes. The default attitude is mindless admiration and in extreme cases slavish devotion but never love.

Money is a useful tool in achieving success (as well as one evidence of success) but it cannot buy love or make you significant and it is never a good indicator of character. People with money are not always the smartest, most reliable, or most helpful.

That means categorizing people by material wealth is very wrong. How much a person has does not determine their ability to be involved. Everyone can make a material contribution. A person’s value is determined by how well they manage their money not how much money they make (or have leftover to spend).

To say someone is “too poor to give” feels good but in truth is very condescending. The poor are often the most helpful and sensitive people around and the Bible records many examples of this.

The tithe, of course, is the subject of this post and as far as I know, no one is disallowed from tithing. Everyone is allowed this privilege. Even the poor.

And in truth, it isn’t any easier for a millionaire to give one-tenth of his abundance than it is for a poor man to give the same percentage of very little. The reasons that is true are given in this post.

Society views poor people as incapable but Jesus never did.

Jesus was drawn to the poor and, yes, He did a lot to help them but He never encouraged them not to give. He required no less commitment from them than He did from anyone else; He never allowed anyone to develop a “hand out” mentality. He honored people who became contributors and gauged the quality of their contributions by the little from which it came. In fact, the only giving examples He used were those who were destitute.  The poor widow in the following passage is an example.

And he (Jesus) looked up and saw the rich men casting their gifts into the treasury. 2 And he saw also a certain poor widow casting in thither two mites. 3 And he said, Of a truth, I say unto you, that this poor widow hath cast in more than they all: 4 For all these have of their abundance cast in unto the offerings of God: but she of her penury hath cast in all the living that she had.  (Luke 21:1-4)

This woman gave “all the living she had.” That is to say, she gave what she needed to live on and Jesus honored her for doing so. The mite was the smallest monetary unit during the time of Christ and the law required employers to pay workers at the end of each workday. It is likely this woman gave a whole day’s wage in one offering and she did it once every week.

Workers needed their daily wage just to get by from one day to the next. If she didn’t manage her money well she would have nothing to live on until the end of the next workday.

Unfortunately, in Bible times workers negotiated their daily wage (there was no legally regulated minimum wage) and widows had the least leverage in the negotiation process. There are many emotional reasons why Jesus or any other person would dissuade this woman from giving. None did!

The point, of course, is the fact that she gave more than a tithe. If she worked six days – likely – it was impossible for her to give just ten percent. She could give 16.6% (two mites) or 8.3% (one mite) and she gave the greater amount.

The only way she could have given just a tithe is if she worked only five days and, if that was the case, she still gave more, 20%! And, Jesus said nothing to castigate this woman or the system by which she honored God with her giving. Rather, He endorsed it.

The truth is, no one has the right to demand a tithe or tell any person not to tithe. Tithing is an issue between the person and God. It should be considered rationally and deliberately.

In this woman’s case, keeping ten percent of a meager income likely wouldn’t make much difference. Giving it could open the door to God’s provision in a special way.

God has promised to bless us abundantly, not just meet our need, when we tithe (Mal. 3:10). If your income is already to small to meet your material needs, maybe you have reason to believe God will respond more immediately and to a greater degree to your faith than He would to that of a wealthy person. Being poor is a reason to give not an excuse to withhold your giving. When your circumstances are at the worst possible place, maybe that is when God will act greatest in your behalf.

Elijah, under God’s direction, challenged a poor destitute widow to feed him during a time of intense drought. When he made this challenge she was about to prepare the very last meal she had for herself and her son following which they would die a slow and agonizing death from starvation. Elijah instructed her to give him a meal FIRST and God would take care of her needs. She did so, and true to Elijah’s prophecy, God took care of Elijah, the widow, and her house until rains came again (1 Kings 17:7-16). What she gave did not represent a tithe but the principles are the same. Desperate circumstances require radical responses.

During the drought, the widow didn’t become excessively wealthy and there might have been days when food was short but they never went without a meal.

Giving is a matter of character not circumstance. If you tell someone they don’t have to give or shouldn’t, you are doing them a huge disservice. To those with limited income, I say be faithful in your desperate times and you will know the provision that only God can make.

David said, “I have been young, and now am old, yet I have not seen the righteous forsaken or his children begging for bread” (Psalm 37:25). That constitutes a promise from God to those who are faithful. Before you stop tithing…

, Douglas Leblanc provides much more than a narrow discussion on a traditional issue. It isn’t the same old arguments presented the same boringly technical way.

Instead, and probably because he is “no theologian or exegetical writer,” Douglas has found an intriguing way to cut to the real heart of the issue. He shares the experiences of eleven different couples and one lone Monsignor, all of whom endorse tithing for a very similar reason: selflessness.

Please check out this post by someone who tithed faithfully on a very limited income and still managed to save.