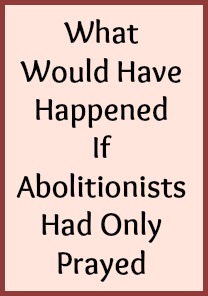 The following is guest posted by Tim Pepper – single father to one, brother to one, friend to many, master of biotechnology, writer of over 100 songs and singer of many more.

Fear. “Fear will establish the limits of your life.” That statement really resonates with me. I think it’s because I have experienced the limitations that fear can place on a person. Not all fears are bad but I don’t think our lives are meant to be characterized by fear. Furthermore, I don’t think it’s healthy to live in fear and I don’t think a persons actions ought to always be determined by fear.

It is hard for me to understand or know exactly what all of that means. I don’t know if I believe anymore that God has a partner for me. I want to believe it but I find it hard to do. As for God’s plan; I don’t know what to believe about that either.

I think about God’s purpose for me and I wonder if I’m right in the middle of that purpose right now? I don’t want to believe that mostly because I don’t really like where I’m at right now. It’s not what I want. But I pray and pray and pray for things to change and nothing changes. So I wonder if I’m supposed to actively try and change things or if I’m supposed to just try and accept what is happening in my life.

I don’t know the answer to that but I think about things like slavery and medicine and wonder what would have happened if the abolitionists had only prayed? What would have happened if a few people hadn’t stowed away some Jews under the Nazi regime? Where would we be if doctors and nurses hadn’t studied and hadn’t administered treatment and had instead only prayed? Would we be here at all?

If you have certain heart conditions you can reduce your chance of having a heart attack by taking half an Aspirin every day. If you simply make the choice to eat right and exercise you can possibly prevent yourself from getting those heart conditions.

There are actions that people take that change the course of their daily lives and even sometimes change the course of history. Sometimes those actions are as easy as taking an Aspirin but I imagine it wasn’t that easy to abolish slavery and I imagine it was fairly fearful to have Jews hiding in your attic when the Nazis came knocking on your door.

I’ve been getting angry with God for a while now. If you don’t know it, I am someone who prays. I’ve been praying for many of my 36 years of life and a couple of years ago I started getting upset with God because He didn’t seem to be listening to me and He was certainly not talking back! My conversations with God went something like this, “I’m just sick of talking to You! Are you listening?! I can’t hear You! What am I supposed to think after all these years of praying and praying when nothing I pray for ever seems to happen?!” At times like that I often want to think that I’m done praying. I want to say, “I’m done talking to You until You speak to me!”

Recently my attitude of indignation has changed somewhat into more of an earnest desire to hear God’s voice in my life. Rather than being upset about everything something switched in me and I started thinking, “Maybe I’m just not tuned in. Maybe I can’t hear God, but does that mean He isn’t saying anything?” Something very much at the core of who I am wants to hear from God. Something central to the person I am wants to know what God’s purpose for me is. Because even though I question it often, I do have faith. I don’t always know what I have faith in, but I do seem to have faith that, if nothing else, God is there and He is listening.

Which brings me back to those abolitionists, who looked at the world and saw something they didn’t like and were moved to do something about it. I know about those people because they accomplished something that we look at now and think, “Those dudes were right! Why did it ever take so long? How could anyone have ever allowed such things to go on?

But those sorts of things, on both sides of the issue, are still going on. Every day people listen to that voice speaking to them and they take action and they make a change that is good and necessary in the world. But every day there are also people who are not listening to that voice and who are allowing equal injustices to go on.

Which brings me back to that, “something” that speaks to me from my heart and soul and leads me in various directions on a daily basis and also brings me back to where I started: fear and faith and God’s purposes. I’ve struggled with this idea of God’s purpose for years because the thing I want to do most in the world doesn’t seem to me to be a very Godly or great or important thing. The thing I want to do most in the world is make music. It’s really the only thing I’ve ever seriously wanted with any consistency. But it seems so unimportant! Add to that the fact that I can’t hear God speaking to me. I can’t hear a voice telling me to do anything in particular. All I have is this really, ridiculously strong desire to play music.

When I started experiencing a more earnest desire to hear God speak to me I started wondering about the logistics of how God would actually accomplish the task of speaking to all the billions of people in the world, assuming that that is something that He does. Physical signs that say, “Tim! Take the job you’ve just been offered. It’s part of my plan for you.” or “Tim! Go eat sushi tonight. There’s a cute young lady serving tables that I’d like you to meet.” would be impractical. An audible voice would be a little creepy probably. Miracles would be a little tiresome because we’d all be so used to them that we’d probably just wish God would cut to the chase and just “Let me know what you want!”

The thing that would probably work the best would be some kind of internal mechanism that every person carried around with them automatically. Something like a hope. Or a dream. Or a desire. Or a deep anger that made you want to change something about the world. Or some undefinable thing made you just “feel” like you ought to do a certain thing.

It suddenly dawned on me that over the course of my life I’ve usually known the difference between my own desires and ones that were bigger than, or maybe better than, just my own thing. I’ve usually known the difference between right and wrong. Most of the time, when it mattered, I knew what I ought to do. I knew those things because something told me at the time what it was I should do. That made me wonder about the things in life that I’m less sure of; things like whether or not I should try to change jobs, or whether or not I should keep trying to have a career in music, or whether or not I should date this girl or that girl. Those things often leave me perplexed. Wanting one thing but wondering whether it’s right for me or not. Not wanting something but wondering whether or not it’s the exact thing I’m supposed to do. It made me wonder if maybe all the flipping and flopping I do is necessary. It made me wonder if maybe, just maybe, God had been speaking to me all along and that the thing He’s been using to do it wasn’t a still, small voice but rather a huge and aching desire and passion.

What if it’s ok to trust your hopes and dreams? What if the greatest thing you can imagine for yourself, the thing that you don’t believe because it’s too good to be true, is actually something that you never really had control over in the first place? What if that thing was actually God speaking to you? What if all the people you ever scratched your head at, who said things like, “God wants me to be a (insert thing here)” or “I just knew I had to leave (that one thing) and start (this other thing).” were actually talking about the same thing that you’ve experienced going on inside your heart and soul and you simply never recognized it because, for you, the penny had not quite yet fallen?

I don’t know what I ever expected to hear or feel or see when I prayed to God about all the little elements in my life. But when I thought about all of the above it suddenly seemed like there’s a really good chance that, if God were going to talk to me, He’d do it in a way that I’d understand. I might miss a sign. I might be looking the other way when the white dove came to sit on my window sill. I might not be searching hard enough to put all the little pieces of the puzzle together if He sent me angels throughout my day with snippets of messages for me. I’d probably just think I’d met a bunch of crazy people. But I can’t ignore my own heart and soul and I can’t ignore the thing that’s been my deepest desire for as long as I can remember.

I’ve made a few decisions in my life in response to fear. It’s probably a good thing to be cautious a lot of the time and it’s probably a good thing to consider your fears and whatever wisdom you can find when you have a decision to make. But I think if you do that all the time you end up in a place that you don’t want to be in and you feel trapped because the voice that your listening to is the one telling you about all the bad stuff that might happen if you move or try to change things.