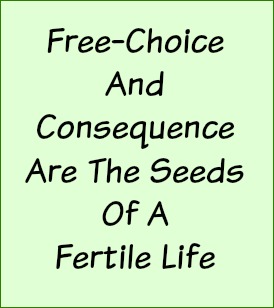 So, to my response.

Arranged Marriage In The Best Light

After describing the marriage process in the best light, i.e., the process in which candidates have the option to ratify or reject the parents’ candidate selections – as it occurs in the highest most economically viable and educated strata of the Indian population (a small number) – he shares a few naked statistics about Indian marriage, the first of which is really the punch line.

Don’t get too excited. The exact rate can’t really be proven.

That figure also doesn’t take into consideration the fact that historically the Indian culture has allowed women very little voice and is one of the most resistant cultures to change. Thankfully, things are changing but not everything as Utpal’s next point proves.

There is nothing positive about that statistic. Sounds more like Stockholm Syndrome than something to be proud of.

His next point is surprising.

He sites a few studies that confirm this last point but, ten years? Is ten years really the test for marital satisfaction? Do couples become immune to dissatisfaction after ten years? What about the twenty-year-ditch?

Reasons Why Arranged Marriages May Work

Next he provides three reasons that might explain why these arranged marriages work:

Here is where emotion comes into the picture. The assumption is young singles are too effected by outward appearance and romantic urges to make a rational decision. That does happen, and it often produces ill-fated results. But reading between the lines, you realize that Utpal’s unstated assumption is that parents will be entirely neutral.

Don’t believe it. Parents are just as emotionally invested, if not more so, as the youngsters. This is one of the most emotionally charged times in a families life.

As a secondary point, he claims that the parental vetting process lowers the number of choices from infinity to a select few. The set of possible marriage partners goes from everyone-in-the-entire-world to a subset of just a few.

It smells like a reasonable argument. Singles do claim it is difficult to find good prospects but I’m not sure the size of the group from which they select is the problem.

The question is: why would parents be better able to find acceptable choices more easily than their child?

Two safeguards against poor marriage choices in western cultures are: instilling good values in children as they grow (along with allowing them to experience the good and bad of choice making) and parental blessing before the engagement.

The last one is key. Young people in western cultures traditionally ask parents to bless – meaning recognize, accept, honor – their engagement. A much preferred approach to arranged.

With arranged marriages, very little time lapses between the first meeting and engagement, and Utpal argues that less deliberation increases the level of satisfaction once the decision is made. He uses furniture-buying choices to illustrate the point.

I can’t say he’s wrong. He refers to studies on the topic, but it sounds like love-at-first-site to me. What’s the difference?

Low expectations? Is that the thinking? We shouldn’t want much from marriage? Does anyone else think that sounds air-ish?

Even if low expectations insured a happier result, it would have little to do with the partner. Expectations are based on culture, not the person you marry.

What he doesn’t say is:

One lady recently lamented the fact that Indian wives often have to tolerate domineering mothers-in-law after marriage. Not a happy place to be.

A recent ruling in India illustrates the last point. A couple married in 2010 but estranged within a few days of wedding appealed to the Indian Supreme Court for a ruling on their divorce in Aug of 2016. The ruling was favorable but, the Supreme Court? Why is any divorce considered a matter for the highest bench in the land.

Free-choice is messy. It’s far less controlling and opens the door to fails but in the long run, far more personally enriching. Some marriages may not last but the ones that do are much healthier. People staying together because they admire each other and choose each other is far better than staying in line with tradition.

Arranged marriages may be secure but may also be a little more sterile in the long run.

Maybe the reason arranged marriages appear to be working is much more simple.

Maybe financial repercussions to opting for free-choice marriages are too severe.

Maybe the loss of face prevents many would-be divorces.

Maybe couples stay married but not happy. If that is the case, do they manage that unhappiness in ways that differ from other cultures? Are arranged marriages immune to infidelity?

Free-choice is definitely not pretty. It results in some undesirable consequences, but free-choice and consequence are the seeds of a fertile life.

Any time a culture finds ways to reduce the divorce rate, other than coercion, that’s a good thing. But divorce rates can’t be used to endorse arranged marriage.